The Politics Of ‘Our Time’ 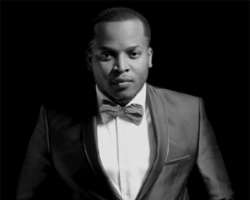 'Integrity requires three steps: discerning what is right and what is wrong; acting on what you have discerned, even at personal cost; and saying openly that you are acting on your understanding of right from wrong.' – Stephen L Carter

Months ago, before the 2011 voter registration exercise began in Nigeria some of us were very excited as we saw this as an opportunity to effect the much-needed change in our country. I geared up and began non-partisan campaigns aimed at youths in Nigeria to ensure that they register, vote, and protect their votes. I spent at least four to six hours every day campaigning on social network platforms, TV/Radio, and print media. My team and I did everything we could from explaining the process, to following people on twitter that posted pictures of their registration cards, to giving away cell phone airtime and even went as far as helping local INEC officials with some of the technical difficulties they faced at the commencement of the registration exercise. We are currently working on an incidence reporting initiative to help curb election malpractices. What is in it for me you might ask…like I tell everyone who has asked me, some of us just really believe in a better Nigeria. If I have the resources to make change, I won't hesitate to put it towards just that. I am Nigerian, I have a daughter who is Nigerian and I would love to see my daughter raised in this country. I am a true patriot and I have consistently promoted the idea that the Nigerian situation can and should improve with the right leadership.

During the voters' registration campaign, I got together with a few friends and colleagues of mine to discuss ways to increase youth participation in the democratic process of our country using our music platform. During one of those discussions, we came up with the idea to have multiple concerts across the country, which would only be accessed by registered voters. It felt like a great idea because with this initiative, we could all join forces and get more attention from our intended demographic. Household names such as P Square, D'banj, eLDee, Tuface, M.I, Banky W, Naeto C, Sound Sultan, Timaya, Wizkid, Duncan Mighty and the likes, would easily fill up arenas in any city so why not have a free concert that people can only be a part of if they present their voters registration card. To the best of my knowledge, we came up with a tag called 'Our time' for the concert series. In order to avoid the initiative being politicized, we agreed to raise funds through non-partisan means alone.

We put little resources together and quickly shot TV commercials since there were only a few days left of the voter registration period. The commercials were immediately published on TV/Internet and it generated a good amount of attention. At the end of the voter registration period, there was overwhelming evidence of the success of the initiative and we all looked forward to entertaining our registered voter fans at the concert series.

Fast forward to March 17, 2011. I am watching television and I see a commercial that looked just like the one we shot for our campaign. It was indeed footage from our voter registration initiative commercial, however this version was manipulated to suit a different purpose. The new edit describes a free concert featuring D'banj, Tuface, MI, eLDee, PSquare, BankyW, Duncan Mighty, Wizkid and others, which supposedly holds in Abuja on March 25, 2011 and totally omits our voter registration campaign initiative. The advert now ends with a different tagline, 'supported by Our Time Group, Youths rising up for GEJ.' I immediately had a cold feeling of shock, betrayal, deceit, and misrepresentation because this was the exact opposite of what we created the initiative for. Now I was being touted as a representative of the youth in support of the Goodluck Ebele Jonathan presidential campaign. What's even more interesting is that Silverbird TV ran this new advert before and after the D'banj interview with Goodluck Jonathan, as if it were part and parcel of that GEJ campaign initiative. I called all parties involved to express my disapproval and disgust at how anyone would take such an innocent initiative and manipulate it to misrepresent the interest and support of the youth. To my dismay, another slap in the face came in the form of a full-page newspaper advert in The Vanguard of March 22, 2011 with my picture, among others artists, advertising the same GEJ Presidential campaign concert.

It is sad and indeed worrying that people continue to take advantage of good intentions and initiatives for selfish and corrupt purposes. I use this medium to make public that I have never, and even more so now will never be a part of any campaign for President Goodluck Ebele Jonathan, therefore please do not expect me to be at the supposed concert. Let me be clear, I have nothing against the supposed concert and its participants; I just prefer to be consulted about such a manipulation of interest beforehand. I have never received any money or gift of any kind from any member or supporter of the Goodluck Ebele Jonathan presidential campaign or any presidential campaign for that matter, neither have I volunteered my services in support of any such campaign. I'll be glad to announce if and when I do but until then, I don't appreciate my image and likeness being exploited for political purposes without my consent.