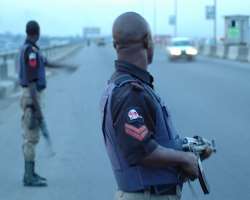 Attackers armed with guns and machetes killed six people in two separate raids on central Nigerian villages late on Sunday, in the latest act of sectarian violence that has troubled Plateau state for months.

The attacks took place when youths, suspected by police to be Muslims, stormed two Christian villages in the outskirts of Plateau's capital Jos, where religious and ethnic clashes have killed more than 200 people since December.

There have been frequent clashes between Christian and Muslim mobs in villages around Jos since a series of bombs were detonated during Christmas Eve celebrations in December, killing scores of people.

Tensions are rooted in decades of resentment between indigenous groups, mostly Christian or animist, who are vying for control of fertile farmlands and for economic and political power with migrants and settlers from the Muslim north.

The violence is largely contained within one region of Africa's most populous nation and does not risk derailing presidential and parliamentary elections in April, although the area is a potential flashpoint during local polls.