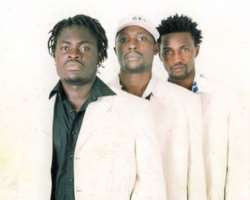 The new job, which features Dude of Krazy Kulture and Ajelinca is aimed at celebrating love, the group says. "Love is the key to every successful thing in life. That is one of the reasons X-Project takes it very important.

Scammer Watch was co-produced by Majeed Akinwoye, the only Nigerian in the group, the award wining music producer, Puffy T and Sam Kargo .