Why IJE was not nominated for AMAA 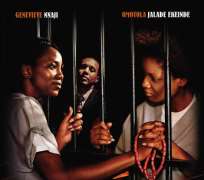 When the list of Africa Movie Academy Awards (AMAA) nominations was released, many may not have noticed the omission of the movie 'IJE' on the list but those following the industry with keen interest surely did.

To some, IJE served as that big break the Nigerian movie industry had so longed for. To others, it was beginning of a new era for the African movie industry as a whole. The movie's near-excellent scripting, writing and production won the hearts of critics and Nollywood movie followers home and abroad. It was well publicized and was part of the first few Nigerian movies to become a box office hit.

In fact, IJE is arguably the best Nollywood movie to be released in 2010, but the highly celebrated movie was nowhere to be found on the 2011 AMAA nominations list. Not even a starring role in the movie was nominated. So how could a movie as successful as that be omitted from Africa's biggest movie awards; the Oscars of the continent?

Of course questions are being asked. And, as our reporters worked the phones over the weekend, what we discovered will surprise you: The producers did not enter Ije for AMAA. Simple.

A source who is familiar with the screening and nomination procedure for the respected award tells us 'It's not like the AMAA organizers have anything in particular against the movie, other than the fact that it failed to meet up with the selection requirements'.

We gathered that AMAA only considers movies that are submitted by right owners and does not compel people to submit movies. It always insists that right owners complete an entry form to submit their movies for consideration.

'Again AMAA is an award scheme and not a festival where there are appointed curators who prospect films. To be nominated, actors must feature in a movie that is duly entered for, the movie starring them must be seen by the Board of International Juror and must have passed through the five stages of pre-selection, the last being the College of Screeners'.

In a phone chat, the producer of IJE, Chineze Anyaeze admits the movie wasn't submitted for reasons best known to her; reasons she termed 'Professional'.

'AMAA is something you submit you movie for but I didn't submit IJE at all. It was just a professional decision', Anyaeze tells us.

When quizzed further on what informed her (Chineze) decision, the phone call ended abruptly and further efforts directed at reaching her proved abortive.