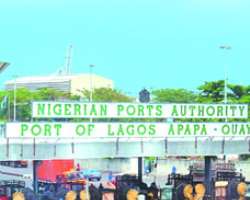 Former Managing Director of the Nigeria Ports Authority (NPA), Alhaji Aminu Dabo, has reaffirmed his innocence of the charges that led to his conviction and vowed to challenge his conviction by a Lagos High Court up to the highest court of the land.

Dabo, who regained freedom, last Saturday along with former National Vice Chairman of the Peoples Democratic Party, Bode George, after serving a two-year jail term, insisted that he was a victim of political manipulation, while assuring that already legal documentations in respect of cleaning his name from the conviction had begun.

Dabo expressed reservation against the judgment, saying: 'I don't believe in it. I don't accept it and I pray God to help me show Nigerians the truth.'

Speaking to journalists in Kano, he recalled that he was not convicted in his capacity as the chief executive of the NPA, but as a member of the board of NPA, adding ,'the whole issue for which we were tried and convicted is not an issue of recovering a Kobo from Dabo,but purely that of policy issues'

He wondered the essence of the trial and conviction this way: 'They spent billions of naira to try us, but they did not recover a Kobo from us. So, if there is no issue of money, then what is it?'

He regretted that his contributions to the NPA were not appreciated by the society, stressing, it takes some attribute for a person to manage the billions of Naira in the port and is not charged for taking a Kobo off the system, but for splitting contracts and for disobeying lawful order. Dabo recalled that the judge that presided over the case did not understand the operations of the NPA, adding that the said instruction, which they were accused of violating, was a ministerial instruction about the limit of approval they could give.

Dabo cried that common sense shows that this very order was either unrealistic, un-implementable or mischievous.

He noted that in between the instruction and the time of seeking the change the instruction, the board went ahead with a number of approvals, and was later held on account of them.

Dabo rubbished their conviction for splitting contracts saying, realistically, the challenges of managing the port may not allow for such strict bureaucratic adherence.