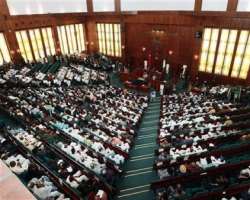 
ABUJA, Feb 09, (THEWILL) - The Senate today threw out the nomination of Justice Pius Olayiwola Aderemi (72), as the Chairman of the Independent Corrupt Practices Commission (ICPC).

Aderemi, a retired Supreme Court justice was dropped by the Senators on account of incompetence citing his old age.

President Goodluck Jonathan had nominated Aderemi in December as head of the anti-graft agency.

The Senate's action was sequel to the report of its Committee on Drugs, Narcotics, Financial Crimes and Anti Corruption, which screened him and advised the Senate to reject his nomination.

They argued that ICPC "is in dire need of focus, repositioning, and effectiveness.

“The committee believes that a person over the age of 70 years will be unable to perform this task optimally," the report stated.

The committee further argued that, "since the establishment of ICPC, it has been headed by old men, all retired justices of the Supreme Court and that that have impaired the performance of the commission.”

The committee was of the view that it is not only retired Supreme Court Justices that could be appointed chairman of the agency.

According to the committee, the provisions of the relevant sections of the ICPC Act clears the misconception that it is only retired Supreme Court Justices that can chair the commission. "Section 3 sub sections 3 of the Corrupt Practices and Other Related Act 2000, states that Chairman of the commission who has held or is qualified to hold office as a judge of a superior court of record.”

Chairman of the Committee, Senator Sola Akinyede who read the report said; "Even though ICPC is four years older than the EFCC, the committee believes the reason why the ICPC, unlike EFCC, has not done much in terms of establishment of its infrastructure and the effectiveness of its operations is simply because the two previous chairmen were too old to cope with the tasking and demanding rigours of the position."

According to him, Mr. Aderemi could not satisfactorily answer questions with regards to his plans to turn around the unimpressive performance of the ICPC since its inception.

"He was also unable to answer satisfactorily questions relating to the global dimensions on anti-corruption. As a Justice of the Supreme Court, the integrity of the nominee is not in doubt. The committees however, has serious concerns about the capacity and ability of the nominee to meet the demands of the job," he said.

"Age can only be a barrier if someone is under aged," James Manager (PDP Delta state) argued.

Hosea Ehinlanwo (PDP Ondo state), one of the eldest senators argued that since the retired justice has presented himself for the duty, he should be confirmed for the job especially when there were no medical report indicating that his age will impair his performance at ICPC", he stated.