MY SUFFERING IS WORSE THAN YOURS 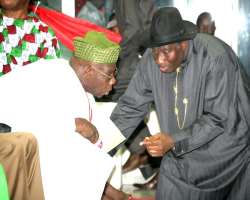 Little worries me more about the state of affairs in Nigeria than the rise of a relativist sensibility as a response to the nation’s malaise. Many Nigerians – too many, if you ask me – have become acclimated to the idea that their lives, of necessity, must be woebegone. They have developed a sad habit of announcing that their problems are worse than yours, that they have suffered infinitely more than you have, and (by some perverse logic) that they are more authentically Nigerian.

Put differently, it’s as if many of us have come to embrace suffering as the defining gift of Nigerian citizenship. It’s as if we insist that, for one to prove one’s mettle as a Nigerian – one’s Nigerianness – then one must show the rest that one’s suffering is worse than theirs. The gradient of woes is, for many of us, a measure of the authenticity of our identity as Nigerians. The contention goes something like this: If you can’t prove that you have suffered mightily – in other words, that you have suffered more than I – then, my friend, you must shut up!

I was always aware of this troubling acceptance of suffering as a national value and bequest. I once told a Nigerian civil servant that it was wrong that a state governor had not paid salaries for two months. Her response? “The man is trying,” she cried, as if the non-payment of her entitlement was some kind of brilliant statecraft on the governor’s part. Then she reminded me about a previous governor who had owed workers more than ten months in unpaid salaries.

On a different occasion, a man told how police officers at a checkpoint had dealt him a merciless beating with batons and butts. His crime was to complain aloud that there were too many police roadblocks. Without pausing to digest the man’s narrative, one of his listeners blithely said, “You’re lucky and you should thank your God.” Then he told the victim about a driver and his conductor, both brothers, who had been shot dead for refusing to “settle” the police with twenty naira.

The haste to compare travails is becoming reflexive. Tell some Nigerians that you lost all your money to armed robbers, and they’d say, “Ah, you’re blessed! I know somebody who gave all his money – and yet the robbers killed him.”

Lately, I have encountered this predilection for measuring suffering in a more personal way. Many Nigerians were upset to learn that the Nigerian government has me on a list of “enemies” to be stopped at airports and taken to the offices of the State Security Service (SSS). But some other Nigerians – apologists for state power as well as “suffering” relativists – have sought to make light of my experience. These apologists, fed by hate for the messenger or some sinister notion of real suffering, have focused on the fact that I wasn’t beaten, detained for weeks, or “tortured.”

They have brought up such names as Fela Anikulapo-Kuti and Gani Fawehinmi – crusaders who suffered multiple detentions and other privations – to question my experience. Their perverse contention: Unless and until you have suffered as these [two] men suffered, you may not speak. They can’t seem to grasp that, in accepting the small abuses, we fertilize the bloodier ones. They are unable to see that an innocent citizen should neither be detained for a minute nor locked up for weeks. They don’t realize that the point is – must be – to achieve a nation where criminals alone, not those who flay crime, should be subjected to arrest, detention or other restrictions.

Some of these apostles of “real” and “unreal” suffering are consistent. They speak out of that pernicious idea that to be a Nigerian is to demonstrate a capacity for being a “sufferhead.” They believe it is unNigerian to raise your voice in protest when your suffering is far from the harshest, your fate less than the cruelest. Don’t speak about a mere headache when there are people with migraine in the room; and don’t mention migraine, either, if there’s somebody racked by cancer around.

But there are others, it seems, who are driven by more personal impulses. They can’t stand the noise about the brief detention of a mere columnist and teacher! Since I had made a career of being a public critic, why, the state reserved the right to put me in my place. Some have even censured me for refusing to heed the dictate of the director-general of the SSS – to write a formal petition pleading for the removal of my name from the list of “enemies.” They miss the point: that, in the end, it’s not about whether my name’s on the list or not. It’s about whether a state should maintain a punitive list of those who have broken no laws – unless it’s a crime to insist that one’s country can, and must, rise to realize its potential.

Those who misrule Nigeria thrive on the witting and unwitting collaboration of unthinking citizens who believe that suffering is validated only when it’s established itself as the utmost. These misrulers get away with ineptitude because some Nigerians are content to point to a more inept misruler. Let me illustrate.

During his eight years in office, former President Olusegun Obasanjo accumulated a huge personal fortune while frittering away Nigeria’s. He acquired a huge stake in Transcorp, and then sold some of the country’s most prized assets to that corporation. He collected billions of naira in the name of his library from a coterie he’d enriched from public funds. Though financially wretched at the time he took office in 1999, he’s since built himself a hilltop mansion to rival that of his “competitor,” Ibrahim Babangida. And he’s become so loaded with cash that he recently donated a church to his god!

In a society that treasures the principle of accountability, Mr. Obasanjo would be compelled to answer for the source of his stupendous cash. Instead, his apologists remind us that he’s not the most corrupt ex-president (they tag Babangida as the champion). And they also contend that he’s not the worst performing (they name Umaru Yar’Adua as the leader in this category, forgetting that Yar’Adua was elected not by Nigerians but a “doing-or-dying” Obasanjo). Instead of making excuses for Obasanjo, why don’t we insist that he and Babangida as well as other public office holders account for their assets?

Another illustration. I was in Nigeria when most of the political parties held so-called primaries. With little exception, the events were farcical. A delegate who attended the ruling party’s presidential primaries in Abuja confided that it was a dollar-fest. Each delegate, he said, came away with close to $20,000 in cash. “My brother, we voted for the highest giver,” he said cheerily. The story was much the same with other political parties. In the Action Congress of Nigeria, one or two “chieftains” basically handed out tickets to their favorites – disdaining the wishes of the membership. In Anambra State, a longtime member of APGA told me that two or three men, including the state governor, decided who got the tickets. And that there was no room for principled dissent.

In three months, Nigerians will go to the polls again. Everybody I spoke to – in Lagos, Asaba, Awka, Enugu and Abuja – was certain that fraudulent elections could spell lasting doom this time around. Yet, after witnessing the impunity that passed for party primaries, it’s difficult to be hopeful in the prospects of credible elections in April. My fear is that it won’t be enough to say that the rigging under Attahiru Jega is not as bad as Maurice Iwu’s.

And there’s another terrible prospect. What if Mr. Jega goes down in history as the man who gave Nigeria its worst election ever? What then?