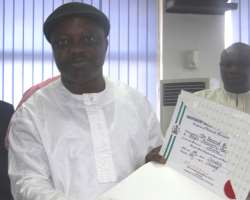 A statement from the Secretary to the State Government, Beatrice Omeni, said that the governor also dissolved all youth and women development committees in the state.

THEWILL gathered that about 90 politicals aides were affected by the sack.

The statement urged all affected officers to return all government properties in the possession to the Permanent Secretary, Directorate of Government House Protocol.

Omeni said the sack was as a result of government’s effort to deliver on its targets.

The level of distrust between the governor and some of his aides was exposed when his 2007 election was annulled by a Court of Appeal in Benin City.

During the rerun election, some of his political aides secretly backed opposition candidates Great Ovadje Ogboru and Ovie Omo-Agege.

THEWILL has also gathered that the Governor would effect some changes in his cabinet any moment from now.