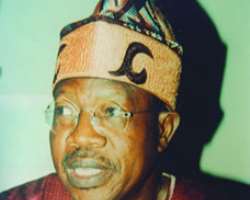 The Action Congress of Nigeria (ACN) has expressed concern over the problems plaguing the ongoing voter registration exercise, describing the hiccups as the greatest obstacle to free, fair and credible polls in April.

In a statement issued in Ilorin, Kwara State, on Sunday by its National Publicity Secretary, Alhaji Lai Mohammed, the party listed such problems as registration of voters without their fingerprints being captured, disappearance of DDC machines and alleged over-supply of the machines to the areas perceived as strongholds of the Peoples Democratic Party (PDP).

The statement also said there are posers INEC must urgently provide answers to in order to ensure the emergence of a reliable voter's register: At what point will double registration by a single person be detected? Is it when the data collected after registration are fed into servers at local, state or federal level? Once detected, how will this problem be addressed?

'A successful voter registration is a sine qua non for free and fair elections. This is why we cannot afford to fail in ensuring that the ongoing exercise succeeds,' ACN said, warning INEC not to take anything for granted, because unscrupulous politician will stop at nothing to tamper with the registration exercise as a prelude to rigging the forthcoming polls.

In particular, the party said, INEC should stop the practice at some centres where people are being registered without their fingerprints being captured, since it would defeat the essence of using the DDC machines in the first instance and render the voter's register to be produced largely unreliable.

It also said INEC must take every reported problem concerning the registration very seriously, and not just dismiss such with a wave of the hand, because desperate politicians would continue to evolve ways of scuttling successful polls in the country. 'We have read newspaper accounts of how some DDC machines disappeared in some states, only to reappear with hundreds of names. We have heard of states where DDC machines were supplied in excess of the number of registration centres, meaning some machines may have found their way into the hands of desperate politicians.

'Newspapers are also awash with stories on how the DDC machines cannot capture the fingerprint of some people because they suffer from high blood pressure or diabetes, ludicrous as that may sound since these DDC machines are being used around the world without these problems. INEC must investigate all these stories to check their veracity,' ACN said. The party also called the attention of INEC to stories making the rounds that the voter registration has been programmed to fail, hence the massive, artificial hiccups.

'The rumour is that once the ongoing registration fails, INEC will have no choice than to use the old, discredited register -which it will claim to have cleaned up – for April's elections. We hope this is not true,' it said. In the remaining few days to the end of the registration exercise, the party urged INEC to rise up to the occasion by compelling the suppliers of the machines to deploy the necessary expertise to ensure that the registration runs smoothly, and by seeking an extension of the exercise, if necessary.

'Failure to do that will mean that thousands of voters would be disenfranchised in April, and that the promise by President Goodluck Jonathan to organise free and fair elections would have evaporated into thin air, complete with his credibility and that of INEC Chairman Attahiru Jega,' ACN said.