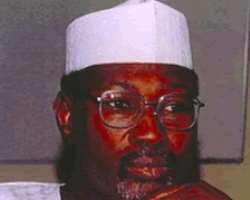 
Operatives of the State Security Service (SSS) have started investigation into the allegation of disappearance of four Direct Data Capture (DDC) Machines being used for the ongoing voters' registration in Ibadan, Oyo State capital.

Some national dailies had on Tuesday reported that four machines got missing at some registration centres in Ibadan North Local Government Area.

Daily Sun learnt that the Director of the SSS in the state, Charles Ugwu, visited the INEC office to chat with the electoral agency boss on the development.

The state government, had in a statement signed by Dotun Oyelade, special adviser to the governor on Public Communications, claimed that the reports on the machine might have been peddled by some politicians afraid of electoral failure and called for an immediate probe into the reports. He remarked that such investigation would help identify those who sought to discredit the system to their own advantage.

However, Adakeja, at a media briefing in Ibadan, yesterday afternoon said: 'As I am talking to you, I say on my authority that there was no record of any missing DDC machine either in Ibadan North or in any local government at that in the state. The report remained the figment of the imagination of the reporters.'

Sokoto
The Independent National Electoral Commission (INEC) in Sokoto State has assured the people of a hitch-free exercise following the shaky start that characterised the ongoing voter registration exercise nationwide.

Speaking with newsmen, the spokesman of the commission in the state, Alhaji Mohammed Musa, noted that, nobody of voting age would be left unregistered as frantic efforts were being made to solve the hitches.

He disclosed that, the commission had taken delivery of additional 500 Direct Data Capture (DCC) machines from Abuja on Sunday, saying 'this brings to 3232 the number of the machines so far received by the commission in the state.

His words: 'This puts the figure 197 higher than the required 3035 machines required to effectively cover the 3035 registration centres in the 244 wards spread across the 23 local governments of the state.'

Enugu
Senate Deputy President (DSP), Chief Ike Ekweremadu has urged Nigerians to be patient with INEC following the challenges being experienced in various voters' registration centers across the country.

Ekweremadu made this plea during the registration monitoring, mobilization and thank you tour to PDP delegates across the five local government areas of Enugu West Senatorial District.

He told them that their vote is their power, adding that registering is not just a civic right but a fundamental way to build a better and stronger Nigeria, by voting for the right candidates.

'In April there will be an election. If you do not register, you will not vote. So make sure that you not only register but mobilize others to register. Your vote is your power. The power to contribute in building a strong Nigeria,' he said.

Ekweremadu in a statement signed by his Special Assistant on Media and Communications, Mr. Luke Mgbo, assured the people that no matter what happened, all those desirous of registering should go and register either electronically or manually.

Lagos
All the eligible voters in the country have been urged to exercise patience and understanding with the Independent National Electoral Commission (INEC) in ongoing voters' registration. This appeal was made by the spiritual leader of Surulere District sub-headquarter of the Cherubim and Seraphim (C&S) Church, (Ayo ni oo) Apostle, Gabriel Fakeye, following various media reports on the technical hitches being experience by the voters in the operation of the Direct Data Capturing (DDC) machine.

The spiritual leader spoke during a world press conference organized to usher in the activities for the 40 years anniversary of the church district in Lagos. Fakeye called on all the eligible voters to turn out en-masse to participate in the two- week exercise through which they could exercise their franchise in the next poll. He also urged politicians not to see their failure at the party primaries or general election as the end of the world or battle that must be fought to a standstill.

'Politics in every decent society is about service to the people and if at any point, a politician is rejected, he or she should see it only as a temporary challenge that can be surmounted with time.'

CAN
Despite initial hiccups that have characterized the ongoing registration exercise nationwide, the Christian Association of Nigeria (CAN), says calls for extension of the exercise are premature. Reacting to the widespread complaints of faulty DDC machines by potential voters across the country, the National President, Pastor Ayo Oritsejafor urged

Nigerians to be patient and see the initial hiccups as normal challenges associated with any novel process.

'Personally, I see the initial hiccups as challenges with every new thing but most especially because the DDC machines did not arrive on time for the necessary training of ad-hoc staff to begin early enough in preparation for the exercise.

'But the good thing is that INEC, yielding to the complaints even from eminent persons including former President Olusegun Obasanjo and Senate President, DavidMark, was reported to have deployed experts to various states of the federation to ascertain the extent of the problem with a view to proffering solution to the problem especially with malfunctioning scanners.'

FCT
The Nigerian Bar Association (NBA) has attributed the problems associated with the ongoing voters' registration exercise to lack of planning and the failure to build institutions including lack of attention to merit on the part of the leadership of the Independent National electoral Commission (INEC). Newly elected Chairman of the Abuja chapter of the association, Mazi Afam Osigwe in his inaugural speech wondered whether the right calibre of persons, were selected to supply these equipment or whether adequate thought was given to the quality of equipment ordered and or supplied.

While calling on the electoral body to quickly address the lapses so far identified by its monitoring groups, Osigwa said INEC could not afford to disappoint Nigerians after so much money had been committed into the process by the Federal Government. He made the call as the president of the NBA, Joeseph Daudu warned against attempts by politicians to rig the forthcoming election. According to Osigwe, 'to get the April general elections right and lay foundation for credible elections in Nigeria, urgent attention must be given to the lapses so far identified by the Voters Registration Monitoring Groups, to which the Unity Bar is a participant.

Sambo, 57, registered at about 4 pm along side his wife, Amina, 45, at Ribadu Crescent poll unit of Kabala Costain. The VP's registration serial number reads 141, while that of his wife reads 142. Both of them completed the registration in less than 15 minutes, just as their occupations indicated Arch/public servant, and public servant respectively.

Speaking to newsmen shortly after the registration, Sambo said he had performed his civic responsibility, and described the process as very fast.

'The process has improved, computer software has been replaced with faster ones, and so I want to use this opportunity to call on eligible Nigerians to as a matter of urgency come out and register. 'President Goodluck Jonathan is very serious that the forthcoming general elections shall be one man, one vote. 'Security of corps members for this registration exercise as well as every Nigerian is fully assured, and I asked Nigerians to go about their normal duties.' Sambo said.

Lagos
Some Nigerians have been barred from traveling outside the country because they did not participate in the voters' registration exercise. Mobile policemen at Seme border area on Monday were said to have turned some Nigerians who wanted to leave the country back. A business woman, Mrs. Taiye Onofua told Daily Sun that she and other commuters were told to return to their residents and register before traveling outside the country. The business woman and her co-travellers decided to enter Seme through the Redeemed camp route. Onofua, who deals on chicken and turkey said when she returned on Tuesday, some of her friends in the same business were surprised that she succeeded in entering |Seme without participating in the registration exercise.

Lagos
A socio-political pressure organisation, Coalition of Oodua Self Determination Group COSEG has explained the reason behind its week-long rally over the ongoing registration of voters for the April general elections. Addressing a rally in Ketu and Ikeja yesterday, the group's National President and National General Secretary, Dayo Ogunlana and Razaq Oloko-Oba respectively informed that 'the importance of the exercise for the required change in the country can never be over emphasized.'

According to them, hoping for the best while sitting idle would amount to wishful thinking insisting that 'the first sure step towards effective change in any country is for the citizenry to be alive to their civic responsibilities.'

While encouraging the people of Lagos state to keep on trying to get registered in spite of the teething problems encountered in the first days of the exercise, COSEG maintained that 'since nothing good comes easy, we should be resolute about getting success out of a serious obstacle.'

The group that has covered 17 out of the 57 local government arrangement in Lagos as at Tuesday specifically stressed the need for the people of Lagos to register at all cost, reminding that 'to ensure continuity of good things under Governor Babatunde Fashola (SAN), we need the voters' card as ticket to more dividends of democracy.'

The decision of the Federal Government to close down all private and public primary and secondary schools in Nigeria for the registration of voters has been challenged by the National Conscience Party at the Federal High Court through its lawyer, Femi Falana.

The Suit No: FHC/ABJ/CS/27/2011 was filed at the Federal High Court on Monday, January 17, 2011 by the Chairman of the Lagos State Branch of the National Conscience Party, Mr. Tunde Agunbiade on behalf of two of his children - Akintunde and Oreoluwa who are students of Omole Grammar School, Ikeja.