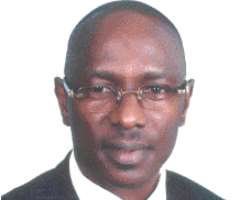 Chief Ayakeme Whisky is the secretary of the Chief Edwin Clark's led South -South Elders and Leaders Forum. A close confidant of Clark and former commissioner of Housing and Urban Development in the administration of Governor Timipre Sylva, Whisky is now a gubernatorial aspirant on the platform of the Action Congress of Nigeria (ACN).

In an interview, Whisky disclosed the circumstances that made him leave the Sylva administration and eventually the PDP declaring that in 2011, most governors that have been offered automatic tickets on the platform of the PDP would lose the general elections because of protest votes from the electorate.

According to him, having promised the international community and Nigerians a credible elections in 2011, it is too late for Jonathan to chew his words and help his party to manipulate the elections as he would also need to have the capacity to change the Independent National Electoral Commission (INEC) Chairman, Prof Attahiru Jega from his resolve to conduct a free and fair election in Nigeria.

He insisted that the ACN remains the party to beat in Bayelsa because Bayelsans are itching for an alternative that would give them dividends of democracy.

Can you recollect the circumstances that made you join Sylva government and how you left?

I joined Timipre Sylva's government not as an outsider but an insider who worked very hard to make him the governor of Bayelsa State in my own way. You will recall that after the gubernatorial primaries, President Goodluck Jonathan who was then a governor won by clinching over 1000 delegates votes and Sylva came second with 38 votes and some other person scored seven votes. All of us had seen the entire exercise foreclosed but by accident of fate, Jonathan was chosen as running mate to late President Umar Yar' Adua. By that singular choice, there was an opening for one of the aspirants to replace Jonathan.

This was where I got involved pushing the candidacy of Sylva to appropriate quarters. I also took responsibilities to speak out. I did that because all through my life, I have stood for the principles of equity, fairness and justice. By my sense of service, I see the entire Ijaw nation as one unit. I am not persuaded by sentiments that this man does not speak Ijaw language fluently and the other man speaks it well.

So when such sentiments came up, I said it is not right because if in a contest somebody came first and by accident of fate is elevated, the proper thing to do in the spirit of fairness, equity and justice is to pick the man who came second. You cannot abandon a man who scored 38 votes and pick the man who scored seven votes. I worked for Sylva strictly as a patriotic Nigerian, Bayelsan and Izon man.

We came into government and because I am an intellectual person, we sat to agree on the basic fundamentals we need to do as a government to grow the state. There was a particular night in Sylva's bedroom in Abuja we stayed up till 4 am in the morning trying to devise a blue print for the development of the state. But alas, after the first six months in government, it was a different ball game. The first six months as a Commissioner under Sylva, there was semblance that a government was in place as ministries and government agencies were given the capacity to function. But after December 2007, the whole scenario changed.

Initially, we all thought the effect of the militant activities was a sufficient reason. But a situation whereby you only know when there was no money and when there was money, you are not aware was not good enough for transparent purposes. Because we are close to the grassroots, the complaints were coming to us. Yet one could not change the face of government and at a point I became totally disillusioned.

To God be the Glory, I had the courage to tell the governor one day that there is hunger in Bayelsa and that to that extent, we cannot survive any public onslaught. He may believe me or not, but God in Heaven is my witness that I spoke my mind to him. Because outsiders saw me as someone who was very close to the governor but I was close to him to the extent that I could voice my heart to him over things I don't like. But how government was run, the intrigues and the internal workings of government, I was totally precluded.

I told him I have no more confidence in serving as commissioner. I told our mutual friend that I was going to contest the election with Sylva. For a Commissioner to say that, you can imagine the level of disgruntlement. This was what led to the announcement that I have been sacked and I said fine. Unfortunately for some friends who prevailed on me, I would have resigned much earlier. I got totally disenchanted of the administration that I mentioned to some friends including my God father, Chief Edwin Clark that I want to resign.

At a point I confided in the Attorney- General and Commissioner of Justice, Mr George Ikoli (SAN) that I want to resign that I could no longer cope with the frustrations in the administration. He sent the message to the Governor and he (Sylva) called me overnight to hear me out. So when they say I was sacked for non-performance, incompetence and inefficiency, I believed it was euphuism for undisclosed reasons.

Did you feel betrayed by Sylva for sacking you after supporting him against a Bayelsa West Man?

Yes, I felt betrayed. One of the grudges I owe against him was when Chief Francis Doukpola was proposed to step into the shoes of Jonathan and I didn't support that was because it does not represent fairness, equity and justice. Doukpola came from a ward and it has a minimum of 23 delegates at the state convention that should have voted for him and he got only seven votes. Sylva came from a ward and he did not only get the votes from his ward but got more votes to come second with 38 votes.

It was on that principle of giving it to who it is due that I backed him. If Bayelsa West people wanted the governorship, without prejudice to the power of incumbency, we should have demonstrated our love and desire to produce the governor by voting for our son who contested. We didn't do that, so why do we want to collect from behind what we should have collected from the front. This earned me some form of reprobation from my people particularly those who did not see the genuineness of my argument.

But I also know that other people who understood my point supported me. It is natural and it was unexpected that my action created some rift within my family because Doukpola's wife is my first cousin. But to my greatest chagrin after Sylva won the re-election, he split my office into two and handed half of it to Doukpola's nephew. So, if you take all this into consideration, I would say I was betrayed. Not only that my ministry was also one of those that was starved of funds. No matter how they said there were no funds, there were projects that they were funding.

Now you are in ACN, why not PDP considering the role you played in the emergence of Jonathan as Acting-President. People had expected that you would be an aspirant in PDP.

Yes you are very right. But that was as you said, expectations and most expectations are usually not realities. Life itself is a learning curve. After all that happened as soon as Jonathan became Acting-President, one of the persons who went all over Nigeria to sing praises of Jonathan as the best man to Nigeria was Sylva. He had the office at his disposal and because of it, he could access the Presidency 24 hours. He had the resources to do many things. So after a while, we realized that the romance between Mr. President and Sylva became chummy and where does that leave me, an ordinary mortal without a name and an office?

I realized I could find no protection from anywhere. Secondly, by the virtue of that relationship, the party structure in the state which some persons had criticized was allowed to remain and Sylva created the structure. So, how can I go and contest against a governor whose hand created the structure on ground. Above all, I didn't want my ambition to end at the level of aspiration. I also didn't want the party to determine my future because PDP is not Bayelsa State.

The state has over 1.6 million people, PDP cannot even count one million members. Bayelsa state is far more than PDP. And I wanted Bayelsans to have a clear right to choice of who should be their governor in 2011. If I go to PDP, I would be so suffocated that my ambition would just die at the level of aspiration. Imagine how many well-meaning people with resources that have abandoned the PDP not to talk of me who has no money. But we would go to Bayelsans to campaign for them to choose.

How are you going to reconcile your agitation for a South-South man becoming President of Nigeria and your party ACN fielding another candidate not from your region as Presidential candidate?

It has nothing to do with my aspiration. Goodluck Jonathan is an Izon man and every Ijaw and every Bayelsan knows that he is our first bride. I have not joined ACN because I want to promote the presidential ambition high above what I stand for. I joined ACN because in the states it has managed, it has shown clear evidence that it is a party in touch with the people. If I become the flag bearer and I win the election, we would do to Bayelsans what ACN governors have done to the people of their states.

As a Bayelsan, I stand for President Jonathan. Former President Obasanjo in 1999 lost his ward, polling booth and Ogun state to AD, yet he became the President of Nigeria. That ACN wins Bayelsa state does not mean President Jonathan cannot win the Presidency of Nigeria because Bayelsans would also stand behind him and vote for their son. There is nothing there to reconcile because compared to others contesting against him, Nigerians would vote for him. We should not forget that Bayelsa alone cannot make Jonathan President of Nigeria; we can only contribute our quota.

How many voters do we have in Bayelsa? The state does not hold the determining ace of who becomes the next President but as our son, every Bayelsan would stand behind him. What I would have loved to do but which I can't do is to be part of his campaign train having worked for him to get to where he is. That in this Bayelsa, because I am in ACN and would work against President, Jonathan's ambition is out of it. It is not something to contemplate.

What are the chances of ACN in Bayelsa state?
Very very bright.
How bright?
It is the party to beat.
But are you not worried of the power of incumbency?

There would be lots of protest votes except Mr. President would chew his words and would not make all votes count. But thank God he has brought in an umpire seen generally as incorruptible. For him to chew his words and not allow votes to count, then he must also turn around the INEC Chairman. Otherwise, Prof Attahiru Jega, the former ASUU President, we are confident our votes must count. No matter what PDP does, people would vote because Mr. President has promised the whole world that the 2011 elections would be credible, free and fair. I don't need any other comfort beyond this.