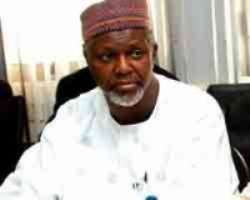 AMID the crisis of lingering epileptic power supply that has adversely affected the country's economy and well-being of Nigerians, the Federal Government is making a move to hike electricity tariff from April, whereas there has been no appreciable improvement in power supply.

This is coming less than a year after the Power Holding Company of Nigeria (PHCN) hiked electricity tariff. Only last June or thereabout, electricity tariff was hiked from N6/kilowatt to N8.50k. That led to a sharp increase in the electricity bill of consumers. The burden on the citizenry, especially when the hike was not matched with commensurate power supply is unsettling.

Why should consumers pay exorbitant electricity bills for services not rendered? Nigerians see any hike in electricity tariff under whatever guise without improvement in power supply as unjustified and exploitative. This is why the latest move is perceived as insensitive even though it is intended to be effected under a new power supply regime that is fully commercialised.

As a matter of fact, this is the more reason why electricity should be improved first before a hike. If the electricity sub-sector is to be reformed with private commercial companies in full control, then there should be a departure from the exploitative old order. Commercial entities don't bill clients for services not rendered. Instead, it is the other way round.

Any proposal to hike electricity tariff without first ensuring that there is appreciable increase in power supply such that Nigerians would benefit and have cause to pay the new tariff would amount to an act of provocation. There is no doubt that Nigerians are willing to pay for electricity if only it can be provided.

It is, therefore, advisable for the Federal Government to get its acts together first. President Goodluck Jonathan announced recently in Abuja that the Federal Government has commenced the review of the current Multi-Year Tariff Order (MYTO) on electricity with the aim of 'laying a solid and sustainable foundation for a viable power sector'.

Part of the process that would lead to the new price regime, according to the President, include the liquidation of the Power Holding Company of Nigeria (PHCN); the privatisation of the various operating companies established to succeed PHCN; the establishment of a lifeline tariff specifically for the urban poor and rural dwellers and the introduction of a Power Consumer Assistance Fund through which the lifeline tariff will be administered.

It would be recalled that the late President Umaru Musa Yar'Adua had in April 2008 approved the implementation of MYTO with effect from July 1 of the same year. The aim was to boost the confidence of lenders and investors alike in the power sector, provide for reasonable returns on capital investment and the correct pricing of power. This would in turn lead to a much more efficient and reliable market-oriented power supply system.

The Presidential Task Force on Power had earlier disclosed that the Federal Government might conclude the winding up of PHCN's operations by the end of the first quarter of this year. If this process is implemented without hitches, it means that by the end of March, it would be clear who the private companies are that would implement the new price regime from April. Apart from the Transmission Company, all the other subsidiaries of PHCN are to be privatised.

While Nigerians would welcome any step taken to change the disgusting power supply situation in the country, on no ground should tariff be hiked before improvement in electricity supply.

Poor power supply had forced many companies to close shop and relocate to neighbouring countries. The ideal thing to do in the circumstance is to lure the companies back to the country and for the new managers to demonstrate a capacity for efficiency. Subsequently, tariffs may be reviewed. In the meantime, the Federal Government should retain the extant MYTO.

Under the proposed new regime, the establishment of the so-called 'lifeline tariff' specifically for the urban poor and rural dwellers would be difficult to administer because the country has no database to differentiate between the poor and the rich. A broad segregation based simply on the place of residence can't be used as a criterion for determining a person's social status. There are rich people who have houses in the cities but prefer to reside in rural areas or  city slums.

The Federal Government shouldn't put the cart before the horse. MYTO should be extended until the new companies have settled down well enough to inspire public confidence with their services. Consumers should be allowed to continue paying the current rate until the envisaged structure is fully functional.