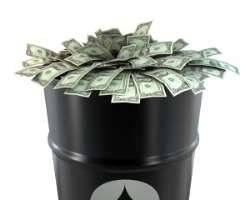 The House of Representatives ad-hoc committee investigating the activities of the Nigerian National Petroleum Corporation (NNPC), its subsidiaries and the Department of Petroleum Resources (DPR) from 1999 to date, yesterday said the NNPC has not remitted $5.4 billion which is Nigeria's profit in the Nigeria Liquefied Natural Gas (NLNG) venture into the federation account as stipulated by law.

The Committee said that the Accountant-General of the Federation has written it to say that only $127 million of the profit has been remitted to the Federal Government account, with the balance unaccounted for.

But the NNPC, in a swift reaction, said it grossed a profit of only $4.43 billion from its share of the investment, saying the entire proceeds have been ploughed back into expanding the business.

Also, the House of Representatives accused the NNPC of officially allocating Low Pour Fuel Oil (LPFO), meant for the consumption of Nigerian industries to three companies who exported them and made exorbitant profits, while Nigerian industries suffered closure as a result. This claim could not be disputed by the NNPC.

In the same vein, the ad-hoc committee alleged that the Hart Group of London and Akintola Williams accounting firms, which audited the oil industries from 1999 to 2007, covered up the NNPC and its subsidiaries in shady deals valued at over $4.63 billion between 2003 and 2007, saying the firms involved must appear to defend themselves before the committee.

The ad-hoc committee of the House of Representatives is co-chaired by Reps. Igo Agoma, Bassey Otu, Leo Ogor, Clever Ikisikpo and Halims Agoda. Other members of the committee are Reps Abike Dabiri, Umar Bature, and Yusus Maitama Tuggar.

$5.4 billion NLNG proceeds squandered
The investigation which entered its second day yesterday was chaired by Rep. Igo Aguma, who called the attention of representatives of the NNPC to the NLNG issue.

“We have it on record”, he said, “that the Federation Account has received only $127 million as dividend in the Federal Government activities in the NLNG.

We have documents from the office of the Accountant-General of the Federation claiming that is the only amount the Federal Government has received from its huge investment ever since.

We also have documents interestingly, from you, the NNPC, indicating that you have received profits or dividend amounting to close to $5 billion from the NLNG. We are talking of something around $5.4 billion.

“What we want to know now is where is the balance of the money?”

In response, the Group Executive Director, Finance and Administration of the NNPC, Mr. Abiodun Arogundade, protested that: “The total dividend that we received from the NLNG is not close to $5 billion. We actually received $4.43 billion.

Aguma: So where is the money?
Arogundade: We have re-invested it in all the other NLNG projects.

Aguma: Are you are aware that the law of the land says that “all revenue accruing to the Federal Government must be paid into the consolidated Revenue Account”?

Arogundade: Yes, I am aware, and the NNPC, as a responsible corporate citizen, is aware.

Aguma: Good! And that money, is not meant for only the Federal Government alone, but all the tiers of government. So where is the money?

Arogundade: Sir, we would give you all the details of the amount we received and the approvals we got to spend them.

Asked who gave the NNPC the authority to spend money not appropriated by an Act of the National Assembly, he had no answer.

Aguma: Is it true that the money is in the United States of America?

Arogundade: No sir, it is in Nigerian Banks. We would give you the details sir.

In his response, the former Group Managing Director (GMD) of the NNPC, Abubakar Yar'Adua said that the money was used in a manner that would make the country proud.

“We used the money for Train 6”, he said, “and now we are building Train 7. Where do you think the money is coming from?” He asked.

But the committee was resolute in condemning the NNPC, saying it has never brought its budget to the National Assembly for appropriation, and spends public money the way it deems fit in a manner far from being transparent.

The committee warned that touching any money belonging to the Federal Government without constitutional authority could send somebody to jail.

On LPFO
Fielding questions from the ad-hoc committee, the Managing Director (MD) of the Pipelines & Products Marketing Company, Mr. Stanley Reginald, admitted that LPFO is produced solely for local Nigerian industries. He however admitted that at the time he came into office as MD, there was no due process in allocating the product.

He said that LPFO is highly subsidised so that local industries can run.

According to Reginald, the maximum allocation is about 50,000 metric tones to any company, such as Cement and Sugar companies running in Nigeria.

But, the committee showed him, from PPMC records, how the PPMC allocated LPFO to several companies officially for export, while many companies in the country had to shut down as a result of being starved of LPFO.

Some of the companies, the committee alleged, were not even registered as limited liability companies.

The Committee also found that the “NNPC imported 5.09 metric tones of fuel, but registered 7.13 metric tones, and collected $551million from the Federal Government.”

The Committee also discovered to its chagrin that “the NNPC diverted Joint Venture Cash calls in the year 2000 to the tune of $650million outside this country to invest and after two years, the interest accrued from that money was $130million”.

Hon. Agoda continued: “I want this Committee to invite these organizations — NEITI and Akintola Williams & Company. They should be invited for explanations of certain findings by this committee. They should come and explain why they conspired between 2002-2004, with NEITI to conceal the diversion of the federation crude revenue totaling $3.6billion, between 2002, 2003 and 2004. We have records.

“Two: They should also be invited to explain why they conspired with NEITI to conceal an alleged fraud of N351billion ($2.27 billion) that was supposed to have accrued to the federation account. We have the records.