My man has to love me for who I am----Loveth Udoka Ajufoh, ex-Miss Unilag 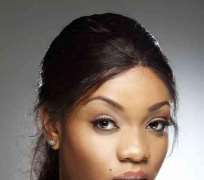 Beauty, surely, is in the eyes of the beholder. Loveth Udoka Ajufoh, ex-Miss Unilag and reigning Miss World University (Nigeria) is a living testimony that beauty actually goes beyond the beholder's eyes. Certainly, Loveth's beauty leaves an admirer in no doubt as to what a beauty queen looks like.

The 21-year old Delta State-born Loveth is a student of English Language, whose 5 feet 10 inches' height is a great asset that has won her several coveted beauty crowns. Before winning the Miss World University (Nigeria) beauty pageant, she contested in the Most Beautiful Girl in Nigeria and the Miss Unilag beauty pageants. She is the immediate-past winner of Miss Unilag crown.

Where it all started from
As a child, I loved taking pictures. I had so many pictures of me as a baby, my mum tells me regularly that as a child, I used to love standing in front of the mirror, admiring myself. Later, I loved competing in teenage beauty contests. It really didn't matter what kind of beauty pageant it was, I was always interested. So when I realised it, after school, I intensified participating in them more often.

How do you react when people tell you that you are beautiful and when was the first time somebody said that to you?
I don't remember exactly but I know that as a child, people used to say to me, 'Hey! Pretty little baby, you look very cute,' and things like that.

What was your childhood like?
It wasn't like the regular childhood that most people have, where they spend a lot of time with their friends and be taken to amusement parks and all that. My childhood was more serious than that because my mom was a disciplinarian; she was very strict while my dad was the opposite. But then, most of the time, I was always with my mom. I never really had the opportunity to play around. I always was, and seen, as serious. She was very uptight. She is a lawyer-turned-businesswoman. I used to live in Benin City as a child and later, I moved to Lagos.

Journey to first beauty pageant
The first notable pageant for me was Miss Teen Christian World. I was 15 then. It was a Christian pageant; it was not totally a pageant in the realm of what pageant is today. It was more about the virtues of womanhood. We had to express the womanhood from within us: we were all teens then. At a higher level, the first beauty pageant that I participated and I was really scared and nervous about, was when I went for one in Abuja. I was 17 and very scared. Usually, we were told that we had to be 18 and above. But I just really wanted to contest. I came out among the top 5. It was a very good opportunity for me.

My mum following me to beauty pageants
(Laughs) I went with my mum; I was the only one that went to Abuja with my mom. And you know what: my mom kept hovering around me, trying to ensure that my dress and every other thing were in place. And everyone kept looking at me as if they were asking themselves, why is she with her mom here? I was pleased that she actually took me to the contest because I was quite young; she was scared of me going alone because I was naïve, I didn't know anything about contesting at that level. She was very happy that I participated and ever after, when I go for a competition, whether modelling or beauty pageant, she comes, encourages me, telling me to believe in myself and recall my previous experiences.

Are you a model too?
Yes, I am, so to say. I've done some modelling jobs here and there.

What to you is the difference between a model and a queen?
Sometimes the jobs relate to each other and sometimes, they don't. I had an opportunity to model at an international event where there were international designers like Chloe and many others from Italy. We were camped for two weeks. It was a wonderful experience. But after that, I told myself that I would never do modelling again because being a model is not really my thing. Runway is not my thing. I'm photogenic, yeah; I have the body, yeah; but I decided that it is not just my thing. As a model, you can do whatever you want. And when it comes to runway, there are certain things that you must do. As a model, your catwalk has to be different. On the other hand, while a model can be carefree or walk anyhow once she is off the runway, a queen is not like that. As a queen, you have to watch what you do, what you say and even how you say or do things. Also, unlike a model, a beauty queen has to watch what she wears at all time. A queen has to be conscious of herself always, though it doesn't mean she must change her personality.

Why Unilag?
I got admission to Covenant University because I went to Faith Academy, the secondary school arm of Covenant University. But all of a sudden, I told my mom that I had changed my mind, and that I wanted to go to University of Lagos. I didn't mind waiting for two years to do so. I told her why and that's how I ended up at Unilag.

Didn't you feel that contesting in a beauty pageant at Unilag will put pressure on you?
I really didn't take being a campus queen seriously then; I didn't see the fame aspect of it. I just saw it as child's play. Even when I was given the flier and, for the first time, I noticed that a car was included as one of the prizes to be won at the event, I only laughed. I told my mom hoping that she will discourage me; but surprisingly, she encouraged me. I told my church pastor, too, about it and somehow, I was sure that he would discourage me. But he didn't. Instead, he quoted the Bible where it supports beauty pageants. That's how I decided to take part in Miss Unilag beauty pageant. My pastor actually told me that if I went with the spirit of God, I would win. It was good and I didn't regret it.

Challenges of being a campus queen
Oh, my God, it hasn't been easy. So many things are expected from you. If you are average, you had to work harder; people expect a lot from you.

Life as a queen
It's fun, it's interesting, you learn everyday. It's glamorous! I'm a university queen with affiliation to the United Nations, which also has to do with lots of voluntary work: it humbles me. It makes me down to earth; it makes me remember where I'm coming from. I wouldn't say it has changed me; I'm still me. I still do the things I used to do, I still laugh a lot.

Has winning distanced you from friends?
I never really had so many friends. But I still keep in touch with my friends, nothing has changed. It may be because of the kind of person I have always been, people still talk to me the way they had always done. When I won and was given a car, some people were not saying hello to me anymore. I guessed then that it was perhaps because they weren't really sure whether I would answer or not. But after a while, when they noticed that I was even the one greeting them first, they were like, 'Oh, my God, she's even greeting us!' That made them realise that I was still the same, I have not changed or turned pompous.

What's your outlook on campus?
On campus, I am usually quiet before and after I became queen.

Next move
I will not be contesting for beauty pageants anymore. I contested in the Most Beautiful Girl in Nigeria pageant in 2008. I did not win, but I am happy because I gained a lot of experience from participating. I believe that has helped to bring me to where I am. My sole reason for taking part in beauty pageants was to represent my country in international competitions, which, winning the World University (Nigeria) competition has brought me. At the international competition in Korea, I was among the top 5 among the 85 countries that participated. So, I don't think there's much to do again in that aspect except to give back to the society.

Life in Korea
Honestly, it was nice. It was wonderful. I was excited that I was representing my country. Right from the airport, the immigration officials were virtually excited that I am the queen from Nigeria. I had always thought that everyone knew Nigeria. But it wasn't so and I wanted people there to know about Nigeria. So I was everywhere. I had a bag which had the Nigerian green white green colours. And I carried it with me everywhere. I had lots of fun; I met several people from different parts of the world. I also learnt a lot.

My pet project
There were environmental issues that were raised while we were in Korea. So coming back to my country, I decided to continue with them. Though initially, it sounded strange to some people who had probably expected me to take on more common issues like HIV and so on. We have to think of our environment, our habitat has to be kept clean. We have to be eco-friendly. I have so many advantages because I am concentrating on tertiary institutions. I am a campus queen and I believe the future is in the hands of the youth. I am a youth. I've put a group together. The Ministry of Environment has played its part: we went to them and they agreed to be part of it. We are working on our environment and teaching students on campus how to convert waste to wealth. The youth don't have to wait. As we are teaching them, they can actually do something right now. This thing called waste, we can actually make money out of it. We have planned workshops, seminars and we'll be having environmental experts coming in to impart the knowledge. We are happy that Lagos State government appreciates what we are doing and its support goes a long way. But we can make do with more.

What do you think about the dress sense of ladies on Nigerian campuses?
I'll speak for where I am. In University of Lagos, there is a lot of discipline. In fact, female students don't dress anyhow. If you are found in spaghetti or clothes with loose shoulders, you could be arrested. You have to dress properly and modestly. So, female students are conscious of how they dress. Not too short or exposing the body.

Things I love doing
I am a creative person. I love thinking up ideas, what to do, something different and something that will make me stand out. I like to sit and relax and get inspiration. Sometimes I just like to sleep when I feel exhausted.

My ideal man
My ideal man has to be God-fearing. He has to love me for who I am, appreciate me and must be down to earth.

My style
I'm a classy person.