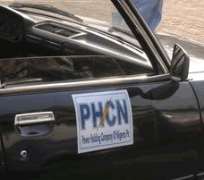 The Consumer Protection Council (CPC) has asked Nigerian Electricity Regulatory Commission (NERC) and the Power Holding Company of Nigeria (PHCN) to hence -forth stop arbitrary billing of electricity consumers for services they did not provide.

The Director General of the CPC, Ify Umenyi who expressed displeasure with the unpleasant treatment to Nigerian consumers without value addition said the Council was ready to wade into the situation.

'It has become a tradition with the PHCN to always bill consumers of electricity on what they refereed to as maintenance charges so far such consumers have not connected to the PHCN national grid', which is not proper, she stated.

According to the survey conducted by the Council, she said, 'this maintenance fee is irrespective of whether such consumers use electricity or not. It also observed that neither the NERC nor the PHCN carries out any such routine maintenance on the consumers' meters'.

She stressed that the Nigerian consumers should be treated with all sense of respect, without which services and products will not, in the first place be found in the market place.

Mrs. Umenyi disclosed that, discussions are on going with the NERC over the issues as survey carried out by the council revealed that all the consumers repeatedly keep making the same complaints over the ill treatment being melted on the officials of the PHCN.

She said there was never a time any of the PHCN's meters being used by the consumers had ever been maintained instead, 'The meters are collected and the consumers made to pay again, the same amount to obtain new ones. That is where and when they are available.'

She vowed that what the PHCN or NERC refers to as maintenance fees will be eliminated as there is no basis for such fee since no routine maintenance is being carried out by the agencies. The Council boss who also expressed worries over the ill-treatment melted out to consumers by the aviation operators at the airport, said, 'I felt very bad for also the foreigners who keep experiencing one form of problem or the other at our airport. Some of these challenges they experience here in Nigeria , are not so in their own countries.

Everything works well for everybody at their country's airport but here in our airport, the operators seem not to be mindful of their services to consumers. 'They don't care about the implications of their actions, especially when it has to do with the challenges of flight delays or other unpleasant issues,' she said.

She decried several ordeals faced by consumers when these operators will send information about alteration in flight movement when passengers are already at the airport or sometimes at the tarmac.

Mrs. Umenyi berated such mode of service rendering by the operators of the industry as not good enough for the consumers who should be treated as king in the market place.

The Council she added was working with the consumers department of the Nigerian Civil Aviation Authority (NCAA) towards ensuring that the unpalatable treatments melted on the aviation sector consumer are checked.