INEC, PARTIES DISAGREE OVER FUNDING, OTHERS 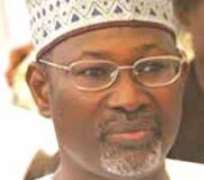 Warns against attacks on staff
IT was intended to be an interactive forum between the Independent National Electoral Commission (INEC) on one hand and the leadership of the 63 registered political parties on the other hand, on how to fine-tune preparations for the 2011 general elections. But it turned out to be an avenue for a hot exchange of words between the two parties, with the main reason being funding.

The consultative meeting between INEC and the leaders of the parties, was the third in the series, where the chairman of the commission, Prof. Attahiru Jega, briefed the party leaders on the latest developments, especially since the commission released the guidelines and timetable for the 2011 election.

The party leaders openly accused the INEC boss of sidelining them in the arrangement for the conduct of the forthcoming elections, especially the timetable, which they claimed was released without their input. Indeed, one of the leaders openly accused Jega of colluding with the ruling Peoples Democratic Party ((PDP) to the detriment of other smaller parties. But the INEC boss did not take the comment lightly as he resolutely denied the allegation and asked the party to produce the evidence of such collusion.

His words: 'Please, don't accuse us unnecessarily. If you have evidence, produce it. We are not colluding with anybody and we do not intend to do so. We have taken oath to do this job and when we said that we are not going to be partisan and impartial and create a level playing field, that is the commitment we have to Nigerians and we will honour that commitment. The day I know I will not do that, I will not remain in this position. I want that understood.'

But Jega insisted that what he did was in compliance with the law, saying that there was no where in either the Constitution or Electoral Act that it was specified that he must consult with the parties before releasing the timetable.

On the quest by political party leaders for INEC to give them funds to mobilize voters for the forthcoming voter registration, the INEC boss said there was no such provision in the law that gave the commission the powers to give parties any funding to mobilise their voters, noting that it was the duty of political parties and the civil society organisations to mobilize those who were going to register to vote.

His words: 'Political parties are the direct beneficiaries of the elections, so they are the ones that should do more to mobilize the supporters because, after all, they are going to vote for their candidates.' He noted that in 2009, there was a budgetary provision for contributions to political parties, but 'by the time we as a new management came in, we met a 2010 budget that had no provisions for contributions to political parties, as we have to struggle hard to get resources to do what we need to do.

'In addition to being the INEC chairman, I'm a professor of political science and as such I know the importance of political parties to mobilisation of people and getting things done. But I have to operate within a context and the context in which I'm working, even if I were to give each of the political parties N1 million, it would not do anything. But I also know that we don't have N63 million to give the parties. We are scrapping around as it were for resources to be able to do this job to the satisfaction of Nigerians.

'So, it is not as if we don't want to partner political parties or that we as INEC don't want to co-operate with them, but really, the situation we have at hand is such that we don't have an option.'

Before the interactive session, Jega had, in his opening remarks, re-iterated the position of the commission in ensuring that internal party democratic process is observed among the political parties in the selection of their candidates for the forthcoming election.

He said the commission would closely monitor the process and that INEC had completed the training of its workers for the purpose, adding: 'In the unfortunate event that internal party disagreements or breaches of laid down rules occur, the commission would not hesitate to take corrective actions. I'm sure that we all agree on the need not to truncate the timetable already announced by INEC.

'I must point out that the timeliness of that timetable is inflexible. Therefore, while INEC will respect all court orders in relations to disagreements over the nomination process, I should emphasize that the timelines set for parties to submit lists of candidates is largely immutable.'

The INEC has also assured of a secured electoral process despite the theft of some direct data capturing (DDC) machines recently.

At the interactive meeting with the political parties in Abuja, Jega said that only 20 of the initial delivery of 6,500 were stolen.

He called on security agents to make efforts at finding out how the machines were stolen while the delivery of the remaining ones continues.

'I should say that while we are very mindful of the need to ensure the integrity of the process, we do not believe that the security of the process has been breached in any way. We have made adequate preparations to secure the process and the theft of a few of computers before they have been activated for registration, would not impair the elaborate security features designed into the process.

'I want to assure all Nigerians that the security of the process is not in jeopardy. We are definitely on course to receive the equipment from the suppliers. However, it is important that the security agencies intensify their bid to fully unearth how and why the few computers were stolen from a place that otherwise, should be fully secured. In addition, they need to ensure the full protection of the equipment throughout the registration process', he said.

The INEC chairman said that preparations were high for the elections with the training of officials for registration. However, he noted that there were logistic challenges but that they were under the control of the commission. As for the DDC machines, he said that over 20,000 of them had been received already, and all equipment would arrive before the end of December 2010.

Jega decried the threat to the lives of workers of the commission in the course of discharging their duties.

He spoke during the presentation of insurance claims cheques to next-of-kin of deceased staff, under the Group Life Assurance Policy, at the commission's headquarters in Abuja.

The chairman said on the occasion: 'Working in an election management agency such as the commission should ordinarily not be a life-endangering matter. Unfortunately, within the Nigerian and African context, managing elections and the process of electoral democracy remain a very stressful and risky assignment.'

According to him: 'It is a sad commentary on our state of being as a society that various staff of the commission have to face extreme exposure to strains, pressure, threats and physical assault leading to temporal or at times permanent disability. In some unfortunate cases, death has resulted in the course of what ought to be a civic duty of carrying out electoral duties.'

Meanwhile, human rights activist and President of the West Africa Bar Association (WABA), Mr. Femi Falana, yesterday called on Nigerians to question political office holders on the cost of governing Nigeria. He said it was an unacceptable system that allows 80 per cent of the total budget of the country to be allocated to the service of unproductive bureaucracy.

He made the call when he delivered a paper entitled: 'The limit of legislative powers in Nigeria', at the 2010 Luncheon Party/Award Ceremony of the University of Ibadan Alumni Association in Benin City.

He accused the National Assembly of violating the Constitution by increasing budgetary allocations whereas he said the responsibility of preparing the budget constitutionally lies with the President.

Falana said it was wrong for the late President Umaru Musa Yar'Adua and President Goodluck Jonathan to be assenting to illegal appropriation bills, which their predecessor, former President Olusegun Obasanjo never assented to.