THE WEIRD ONE RENEGADES! 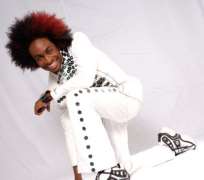 So I wasn't at the SMVA but that doesn't matter, The show still went on But So also was Derenle, People cudnt help but Notice that the “Wyre” was not on the Red Carpet and the place didn't feel the same , peeps were actually looking for him

…From Underground gist reaching Moi, Derenle has left SoundCity and its Final…people that attended the Awards discovered that Derenle was nowhere to be found around the red carpet or anywhere around but We discovered He was lurking and Tweeting somewhere around the Venue..I have actually heard alotta rumours as to wat caused His disengagement with the Urban Youth Channel but I really can't spill the beans…My hands are tied….Sowwie.