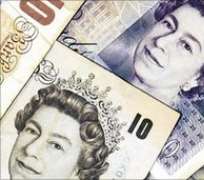 Problems facing banknote printer De La Rue have been underlined with the company posting a sharp fall in half-year profits and revenues.

The firm had suspended production at a site following quality control issues, saw its chief executive quit in August, and faces the loss of a key customer.

De La Rue said it is in the last stages of appointing a new chief executive.

The company's shares have lost about 30% of their value since De La Rue reported problems at its paper factory in July, and were down another 13% in morning trading.

Nicholas Brookes, executive chairman, said: “Issues in paper production at one of our facilities have, as previously advised, had a significant impact on the group's performance during the first half.

“The board took decisive action to eliminate these issues, and we are encouraged by the support of our customers and the level of orders and enquiries in recent weeks.”

The company said that the financial impact of the problems were £35m, comprising £12m on trading losses and £23m for exceptional items.

The interim profit figures included an exceptional gain of £53m from the sale of the company's stake in Camelot, the National Lottery operator.

Key customer
Despite the profits fall, De La Rue indicated its confidence in the future by maintaining the interim dividend at 14.1p.

However, there is speculation that an important customer, rumoured to be the Reserve Bank of India, may not renew its contract.

Mr Brookes said there is “still uncertainty” regarding a large client, but that De La Rue had not yet been informed whether the contract would continue.

The firm's former chief executive, James Hussey, stepped down in the wake of the paper quality problems, and a lack of news about a successor has overshadowed the share prices.

But Mr Brookes said the company was in the “closing stages of a negotiation with our preferred candidate”.

De La Rue, founded in 1813, prints notes for the Bank of England and 150 other countries.