OIL, GAS INDUSTRY: NO NICHE YET FOR NIGERIANS 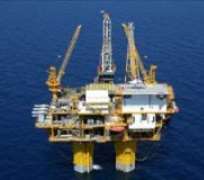 AS the Niger Delta region gradually slides to the era of unrest, the desire for fiscal autonomy and control of natural resources by the federating units has continued to re-echo in the region.

Stakeholders at an international oil and gas summit with the theme: 'Towards a sustainable energy economy for Rivers State', organised by the state's Ministry of Energy and Natural Resources in Port Harcourt, have insisted that it would engender improved individual circumstances of the states and ensure sustainable national development in an atmosphere of peace, and peaceful co-existence devoid of agitations, violence, rancour and corruption.

The state's Deputy Governor, Tele Ikuru, while declaring the event open regretted that despite over 50 years of oil production, the people of the region have continued to live in abject poverty while sitting on this vast resources that have continued to sustain the country's economy.

'Rivers people are tired of being mere hewers of wood and fetchers of water, as cleaners, job hands and petty suppliers in the industry that draws from the resources placed on their lands and waters, and for which their natural ecosystems can no longer sustain their major means of livelihood – farming, fishing and hunting – before the discovery of oil in commercial quantity 52 years ago,' said Ikuru.

On his part, former Petroleum Minister, Prof. Tam David-West admonished the oil producing states to critically examine the contentious the Petroleum Industry Bill (PIB) before its passage to law because of the adverse consequence of over 50 already existing federal legislations regulating the oil and gas industry which he deemed unfavourable to the region.

He pointed out that if a legal luminary like Prof. Itse Sagay could describe the bill as the worst thing to happen to the Niger Delta, this should make it imperative for the governments of the region to expeditiously set up a team of experts to review the bill.

An attorney at law, Chima Boms, went down memory lane to the discovery of oil in Olobiri in 1956 and its subsequent exploration two years later, which marked the beginning of an important era in Nigeria.

Speaking on the theme: 'Towards a sustainable energy economy for Rivers State's legal and constitutional matters,' Boms said though the country is modeled after the United States (U.S.), it has vested all power concerning petroleum on the Federal Government.

'By Section 44(3) of the 1999 Constitution of Nigeria, the entire ownership and control of all petroleum in, under or upon any lands in Nigeria, including under the territorial waters, the continental shelf and the exclusive economic zone is vested in the Federal Government of Nigeria,' he said.

He argued that there is the need to review the legal and institutional framework to back and encourage the participation of states in the petroleum sector as it relates to formulating and implementing their own energy policies that will deliver efficient energy solutions packaged to meet the energy needs of the states.

Boms stressed that the state of the law relating to and touching on petroleum resources and the regulations and policies developed by the Federal Government, is one major reason for the energy challenges and crisis in the country.

He said if the government policies must be progressive and people oriented, it must move in that direction and create an enabling environment for a people-oriented development. To achieve that goal, according to him, there is the need for a reversal of policy orientation and a total rethink of the structure of petroleum resources control.

To this end, he recommended that the 1999 Constitution be amended to effect the removal of petroleum resources - oil and gas matters – from the exclusive legislative list to the concurrent legislative list to make it easier for states to legislate on it and develop their own peculiar legislations, policies and regulations.

He canvassed for the review the function of the NNPC, which should be regulatory and confined to general matters of safety, avoidance of economic sabotage, and management of petroleum resources in Federal territories such as the Federal capital city, the continental shelf, any land owned by the Federal Government and any other places which either by international or democratic municipal law, falls within the jurisdiction of the government of the federation.

Boms said the deliberate attempt by the Rivers State government to fast track the energy and general economic development, meet the energy needs and improve the welfare and wellbeing of the people of the state is indeed commendable.

The Special Assistant to the state governor on Investment, Abiye Amakiri, explained that the government has started a stimulation and expansion process of the state economy by applying its oil revenues to further deepen opportunities in the oil sector while simultaneously growing those in other non-oil sectors.

He explained that one way the state can enhance its economy is by re-starting the rapid industrialisation of the state economy, which her founding fathers had embarked upon with the rehabilitation of the Trans-Amadi Industrial Area and the abandoned Ahoada Industrial complex both of which will be linked 100 per cent to the proposed state gas network to accommodate cheaper gas-fired industrial plants as added advantage.

But, most importantly, he said the state must undertake the setting up of a new mixed-use industrial (oil and gas free zone) complex with a regime of investment incentives and guarantees (in addition to the existing country incentives and guarantees) to attract diverse sector industrial investments into the state from all over the world. This complex, according to him, is the proposed Port Harcourt Energy City Initiative.

The Deputy President, Port Harcourt Chamber of Commerce, Industry, Mines and Agriculture (PHCCIMA), Dr. Renny H. Cookey, who spoke on the need to empower indigenous contractors in the oil and gas sector, noted that though 95 per cent of Nigerian export earnings come from oil and gas activities, yet the industry is dominated by international oil and gas companies (IOC) with only a handful of indigenous contractors.

He explained that the key activities in the industry such as engineering, fabrication, construction and procurement are therefore carried out outside the shores of the country, which is beyond the reach of Nigerians.

'It is no small wonder that 60 per cent of Nigerians of employment age are unemployed and 54 per cent live below the poverty threshold of $1 per day. There is economic disempowerment, under development and abject poverty in the Niger Delta region. Ironically, this is where the wealth from oil and gas is generated and this is very much unacceptable. The time has come for a change,' he said.

Cookey who lauded President Goodluck Ebele Jonathan for signing the Nigerian Content Development (NCD) Act into law, said PHCCIMA makes the case that strong and vibrant indigenous contractors in the oil and gas sector are necessary for economic development through the diffusion of entrepreneurial skills, which may help ordinary citizens who may not be part of large organisations to grow wealth and meet the objectives of the NCD.

Indigenous Small Medium Enterprises (SMEs), he pointed out, can facilitate the transformation of an economy from resources-dependency to value-adding, manufacturing or service orientation, workforce development, community development and ultimately wealth creation.

He cited South Korea, which in 1993, its SMEs constituted about 99.3 per cent of enterprises and employed about 70.7 per cent of the total workforce. While in 2003, SMEs share of total enterprises grew slightly to 99.8 per cent while the share of employment grew to 85.6 per cent.

He said Japan has over six million SMEs that employ about 90 per cent of the workforce. While India, one of the Asian Tigers, owes the phenomenal growth of its economy to their SME development - via a private sector led growth model.

Cookey listed the constraints and limitations that indigenous SMEs in the Nigerian oil and gas sector have to contend with as follows: Poor access to finance from the formal sector of the financial system, poor business management and technical skills, sub-standard products and services as a result of financial constraints, epileptic infrastructural support such as power and road that make the product and services uncompetitive.

Others are lack of adequate protection of local manufacturers by the government, multiple taxation, political instability, vertical integration of activities by the IOCs, contracting of major service requirements to large organisations rather than to SMEs, lack of willingness on the part of large supplier organisations to strategically partner with indigenous SME contractors.

'Oil and gas sector in Nigeria has huge opportunities for the development and empowerment of indigenous contractors /SMEs that are faced with serious constraints and limitations. It is shown that indigenous contractors/ SMEs in the sector can be empowered through government intervention (i.e. the NCD act), ancillarisation, subcontracting, complementation, strategic business partnerships and relocation of manufacturing activities to Nigeria. These can be effective strategies for wealth creation, employment generation, community development and ultimately for the achievement of the much needed sustainable peace and security in the Niger Delta region,' he said.