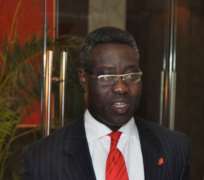 SAN FRANCISCO, Nov 22, (THEWILL) - United Bank for Africa; the pan-African financial services institution has announced the commencement of banking operations in Mozambique. UBA Mozambique as it called opened its doors to the public on Monday November 22, 2010 following approval by the Central Bank of Mozambique. The launch of its operations in Mozambique follows that of UBA Guinea that opened on Monday February 8, 2010 and brings to 18 the number of countries where UBA has presence in Africa. UBA Mozambique will initially roll out two (2) branch locations, both in the capital city of Maputo, with head office branch at Praça 16 de Junho, 312, Malanga. The second branch is located at Avenida 25 de Setembro, 1226. The bank is strategically positioned to lead the Mozambican market in providing comprehensive financial services solutions, leveraging its Group presence in East and South African countries namely Uganda, Kenya, Tanzania and Zambia with common borders to support multinational and local corporates cross border transactions. Mozambique will offer its wholesale and retail clients, e-banking solution with high added value, giving them access to UBA’s product range driven on African and global network. UBA has also announced the appointment of Clement Isikwe, as CEO UBA Mozambique, and Kebiru Momodu, as Country Chief Operating Officer (COO). Both very well experienced bankers have been on ground Mozambique to supervise the roll out and ensure a smooth take off of banking operations in the country. CEO UBA Africa, Rasheed Olaoluwa commended the duo for leading their team to fulfill the regulatory requirements that enabled UBA Mozambique to commence operations and thanked the government and people of Mozambique for giving UBA the opportunity to extend its franchise to the country. “We hope to make significant contribution to the development of banking and the economy in general Mozambique, leveraging on our group financial strength and expertise in the continent” he stated.