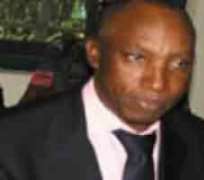 NNPC intensifies oil search in Chad Basin
PETROLEUM product marketers are worried over their huge debt profile that has pitted them against banks and almost paralysed activities in the downstream petroleum sector.

In fact, some of the banks have now begun to pursue the affected marketers, threatening to sell their assets amid serious litigation.

And when the time for the Turn Around Maintenance (TAM) of Port Harcourt Refinery comes, the original builders shall be given top priority to avoid trial and error in the refurbishing process, the Group Managing Director of the Nigerian National Petroleum Corporation (NNPC), Austen Oniwon, has said.

He also said the Corporation would intensify its search for oil in the Chad Basin.

Speaking in Port Harcourt at a town hall meeting with members of staff in the NNPC's Eastern zone at the weekend, Oniwon said the original contractors of the 210,000 barrels per day capacity refinery would be given priority in the award of the TAM project.

Worried by the situation, the marketers under the aegis of Jetty and Tank Farm Owners Association of Nigeria (JEPTFON) have called on the Federal Government to come to their aid, attributing it to world economic recession and other technical issues concerning allocation of imported products.

Speaking at a press conference in Lagos yesterday, the Patron and spokesperson of JEPTFON, Mr. Peter Akpatason, said the body controls about 70 per cent of receptive and distribution assets in the downstream sector of the Nigerian economy comprising ships, jetty depots, truck transport and filling station owners, hence the need for quick intervention to rescue the members.

He said further elongation of the problems may culminate in serious problem for the members, thereby resulting to fuel scarcity across the nation.

The Acting Secretary General of the association, Somairi Tamunokro, said some of its member borrowed funds from banks to invest heavily in the logistics infrastructure, depots and jetties, which today is one of the most strategic gateway of product distribution in the country.

His words: 'In order to develop these infrastructures, we borrowed funds from local banks presently having so much challenges servicing some of the loans due to world economic recession which was as a result of world oil drop from $147 to $37 in 2008 in which our sector was the hardest hit.

'Ever since then, we have been managing our debt profile with banks and have made them to know that we are not in full control of our business, owing to government consistent control of the sector, which has derailed the implementation of deregulation. This action by the government has made our non realisation of our cash flows projections as approval of import demands by our members has hardly been met.'

Tamunokro said some of the members are now at the mercy of the bankers, alleging that some who have been bailed out by CBN are now plotting to kill their businesses without due consideration for the impact it would have on the nation's economy.

He went on: 'We are seriously baffled at government's negligence of our sector owing to the fact that government has bailed out the banks, agriculture, aviation, manufacturers, textile and even Nollywood, without considering our sector which its impact on the economy cannot be over-emphasized.

'We are also concerned at the threats of our bankers to sell our assets without given due consideration for the present dilemma and the after effect including massive retrenchment of our workforce which is inevitable.'

He cited a case of unfolding issues between one of its members, MRS Oil, and Bank PHB, urging them to embrace dialogue in resolving the issue.