What do you tell a man who loses everything ‘cos’ he loved wrongly? 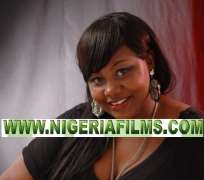 Last week, we talked about Samson who left his job as a bank manager because he was about to get married to Nnnena, a Nigerian who is also an American citizen, and because both of them had planned to relocate to the States, he resigned and joined her only to meet the biggest shock of his life.

Nnnena was a changed person. At first, she said he cannot live in their house because they were not legally married and that it was against her church doctrine, but they were living together in Nigeria. He moved into a hotel because he did not have an option.

Then she complained that the money he sent home for their traditional marriage was not enough, so he sent some more money. He noticed that she was not talking about the marriage any more like she use to and the money on him was running out.

So he confronted Nnenna about their supposed plan, but she was evasive. He knew something was wrong, so he called her mum in Nigeria. Her mother told him point blank that it was not a do or die affair to marry her daughter, after all there are other women. He was surprised at what the mother said. So he confronted Nnnena and got the same story; he spoke to her pastor about it and the pastor advised him to do something else with his life that he should forget about her because she has moved on.

At last, he exhausted all the money he had. Meanwhile, Nnnena still did not allow him into the house he paid for even when he had to leave the hotel unprepared. She claimed the house is hers and she bought it in her name and that this is not Nigeria.

First of all, my understanding of the story is one perspective because it does not give details of the relationship. How well did he know her is a good question to ask him? I have sisters and I am experienced, why would a guy act so irrational? On the other hand, the lady obviously was not looking for a husband. She was only looking for material things or she has a boyfriend already. If that is the case, then he was only used. He should learn to pick up the pieces, forgive her so that it does not affect future commitments and be careful the next time. Also that, he should thank God they are not already married, only to find out that his children are not his. A broken relationship is better than a broken marriage.

He is a man, so he should act like one. I will advice him to go back home to Nigeria and start life all over again. He should be careful the next time he heart is ruling him, let his head rule him instead. Time they say heals all wounds, so he will get healed in time. It sure can happen to any body, so the best advice is to look before you leap.

I am a realistic person. I would have adviced him not to give that kind of money, love and trust to any body, but the deed is done already. He should find a way to pick up the ashes and to fight for what is rightly his. Take everything that belongs to you brother! The woman in question is a devil and so should be treated.

Not the end of his life – Benee Okocha, T.V personality/model

I would say to such a person “pop your collar” that is to keep his head up! Money comes and goes that's the beauty of it, and it'll come again. In situation like this, first time you are the victim, the second time, you become the volunteer. Love is a beautiful thing and should not be seen as cruel. We all love and lose at some point, but that does not mean we would not love again. If your love was pure you will get manifold what you lost. Donot go for revenge, ask God to forgive the person and do so also. Hard as it may be, so you do not hinder your blessings.

When is love enough to make a commitment?