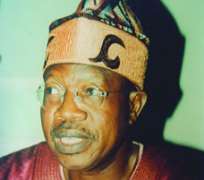 Mohammed
The Action Congress of Nigeria (ACN) has vowed to fight, through the courts, the ongoing attempt by federal lawmakers to gate-crash into theNational Executive Council (NECs) of the various political parties, describing it as a new law in the legislators' continuous efforts to make laws in their interest rather than in the national interest.

In a statement issued in Lagos yesterday by its National Publicity Secretary, Alhaji Lai Mohammed, it called on other political parties to also mount a legal challenge against the obnoxious, self-serving, greedy and democracy-killing proposed insertion into the Electoral Act 2010.

The party urged the organized labour, civil society organizations and political parties to march to the National Assembly to ensure such anti-democractic law was not passed. ACN described the current National Assembly as the most expensive and anti people ever in Nigeria's history, saying it was time to stop them from ruining the democracy millions of Nigerians fought to entrench.

'Our legislators are the highest paid in the world, with those of Kenya a distant second. Yet, they never consulted us before padding their pay to such high levels. The widespread story is that each of them earns a million naira per day, except on weekends and public holidays. This is not far from the truth, since each one smiles home with N45 million per quarter, in a country where most citizens live on less than US$1 a day and the minimum wage being fought for comes to US$4 per day!

The party said the proposed law offends the Constitution of the Federal Republic of Nigeria, stifles the ability of the parties to make their own constititutions and decide who attends their Exco and shows how those elected to serve the people cannot differentiate between the interest of one party, in this case the PDP with the majority in both chambers of the National Assembly and the country.

'As far as the dominant PDP members of the National Assembly are concerned, the interest of their party is the same as the interest of the nation. That is why there has been a cacophony of (PDP lawmakers') voices defending the toxic law being planned, with barely a whimper from the probably overwhelmed or quietly acquiescing legislators from the other parties.

'In the process of defending this law, logic has been turned on its head, with the sponsors and their supporters claiming it will enrich internal-democracy in the parties and broaden their decision-making base. No one has talked about the fact that it will turn the NEC meetings of the parties into a jamboree/rally, with praise-singers in tow.

'It will also mean that the lawmakers would have succeeded in smuggling into the various parties a uniform constitution, akin to making them the five fingers of a leprous hand, as we had during the Abacha years. Needless to say that the surest way to kill democracy and turn Nigeria into a one-party state is to do exactly what the PDP-dominated National Assembly is proposing.

'The proposed law will also make the lawmakers ,in the case of the PDP more than 300 National Assembly members gate crashing into the NEC , the single biggest bloc in the NECs of the parties. Then, the dictatorship of lawmakers would have been entrenched, with dangerous consequences for all,'' ACN said.