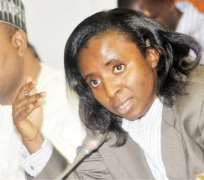 ABUJA, Nov 08, (THEWILL) - Taxpayers have been advised to come together, form associations and pressure groups to address common issues, press for their rights and channel their demands to the government and obtain better services. The Executive Chairman, Federal Inland Revenue Service, Mrs. Ifueko Omoigui Okauru, said this would encourage a two-way communication between the government and taxpayers. The FIRS Boss, who spoke on a National Television Authority programme, Platform, monitored in Abuja, noted that there was strength in unity and taxpayers could achieve more by coming together, rather than by going it alone. “I really want to see a situation where taxpayers form themselves into associations… into some lobby groups. As individual taxpayers, as companies, you are respected. But if you come together, we engage one another and that way, we make progress,” she said. “We want to address your concerns. We want to serve you. We want to help. But help us too to serve you better, so that that way we encourage voluntary compliance. If there are complaints about the services FIRS offers, say so. Give us details so that we could address such issues and I can assure you, this administration, (FIRS), would take appropriate action without sparing anybody, be it our staff, taxpayer or anybody”, she said. Mrs. Omoigui Okauru noted that voluntary compliance is the best for taxpayers and the tax authorities, given the low level of tax education. Though the legal option and enforcement are available, FIRS employs this as the last resort. Omoigui Okauru said: “Nigeria cannot be called a tax paying nation, judging from what is obtainable in other nations. Our compliance level is low. And people are not knowledgeable about tax. In some countries, people get jailed for not paying their taxes. But in Nigeria where people are not very knowledgeable about taxation, jailing such defaulters cannot be considered as a solution. But could come as a last resort. “It is very easy to go to court. But winning such a case is another thing. I think people need tax education first, before the question of trial and jailing could be considered. We have enough men to carry out trial and enforcement now. But first thing first. Let’s educate and interact with taxpayers first.” She disagreed with the position that taxpayers don’t want to pay tax because funds are not judiciously used: “Apathy is another factor that militates against compliance. People in most cases feel they pay taxes to fund corruption but permit me to say here that it is not fair to advocate that monies realised from taxes are not utilised properly because salaries are being paid, roads constructed and several other infrastructures to better the lot of Nigerians are funded by the same money realised from taxes…Honesty has come to play here, we have to pay our taxes regularly without being coerced, she added. On multiple taxation and issuance of Tax Clearance Certificates, TCC, Okauru said that FIRS was working towards correcting some abnormalities in the process: “We have received complaints from some quarters about the confusion caused by multiple taxation. But may I tell you that the constitution is very clear on this and we are working to see that the abnormalities are corrected. “The taxpayer as an individual is a lot more powerless. I encourage taxpayers to come together under one platform; taxpayers association can speak with one voice and channel all their complaints to the appropriate quarters. By this, they would be heard faster.” Mrs. Omoigui Okauru assured taxpayers of confidentiality of their transactions with the FIRS and promised that the service will champion causes to bring about fair and taxpayer-friendly tax policies and legislation.