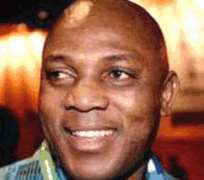 Keshi
Former secretary general of Nigeria Football Federation (NFF), Ambassador Fanny Amun, has expressed optimism that either of Stephen Keshi or Samson Siasia can handle the Super Eagles effectively depending on the targets set for them by the NFF.

Speaking with journalists in Abuja last Thursday, Amun said he could not pick one of them ahead of the other because both are good coaches, who are capable of managing the Super Eagles. He added that the NFF should pick one of them based on what the football house wants to achieve.

“The truth is that Stephen Keshi and Samson Siasia are two different individuals with different styles of doing things. One is a young lad, who is very enterprising with the willingness to take the high responsibility of being the head coach of the Nigerian senior national team. He has contributed much to the development of football in the country, that is Siasia.

“The other is a highly experienced man and very superior. He is well exposed and better matured for the job. I mean Keshi. 'The issue I want to state very clearly is that the Super Eagles does not need a coach after all, what the team needs now is somebody who can coordinate and manage the excessive talent of individual footballers Nigeria has. So, between Keshi and Siasia, one is matured enough for the job, while the other is highly willing to do the job.

'It boils down to what the NFA wants. If you pick the younger person, he should not be rushed to perform and produce immediate results. He should rather be given a long-term programme. But where you choose the older person, he should do the job and get immediate results. That is my take on choosing between Keshi and Siasia whom to coach the Super Eagles,” stated the coach, who won FIFA Under-17 World Cup with Golden Eaglets in 1993.

Meanwhile, ahead of the November 4 date set aside for interviewing the two short-listed coaches for the Eagles' job, former captain of the Super Eagles, Stephen Keshi insists that he is the best man for the job.

Speaking with Daily Sunsports from his base in the United States of America, Keshi expressed joy at being considered for the job of managing the Super Eagles and assured that he has all it takes to deliver the good and lead the national team to regain its lost glory.

'I am glad that the NFF considered me worthy for the job of handling the Super Eagles. I feel honoured and I will no doubt give my best at the interview to ensure that I grab the job. 'I am well equipped to handle the Eagles because I know what it takes to manage talents that we have in the country. Having done well with the national teams of Togo and Mali under very difficult conditions, and having assisted Coach Shaibu Amodu and Bonfere Jo in the Super Eagles in the past, I think I am very, very qualified to handle the team if I am given the opportunity. At that level, you don't coach but manage stars,' he stated.

According to Keshi, talents abound in Nigeria, all that's required would be to harness them and turn them into big stars. He pointed out that the fantastic 1994 set of Eagles took Clemence Westerhof about five years to harness, and that the team was able to win the Nations Cup in 1994 and qualified the country for the World Cup the same year, was because the boys had enough time to blend well, even as they were committed and ready to die for the country.

He stated that having worked under some of the best coaches in the world both as a player and as coach, it had become ripe for him to impart his experience on young Nigerian players to enable them soar higher in their football career.

Asked if he would work with Samson Siasia in the Eagles, Keshi said that both of them played together in the national team and that it wouldn't be bad if they should work together again. But he doubted the possibility of Siasia agreeing to work with him as his assistant.