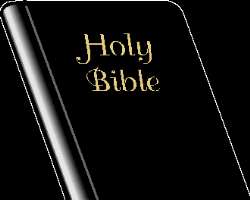 People really wonder and still wondering who is God ? did he actually created the Earth ?,does he really live in Heaven and watch all the bad things happen on earth ?.
Today we are going to take a closer look at those questions and see if we can provide some answers...

WHO IS GOD ? :for over 4,000 years that the Bible has been in existence,there has been every known prance and prank to sabotage it ,ridicle it or make nonsense of it ,but for 4,000 years there has not been even one person that will say that the contents of the Bible are false.

So if the Bible is the oldest book on earth ,also the most published,the most sold ,the most presented as gift,the most translated and the most read and believed,then it means that every word written in it is real as in reality.

So in the begining of that great and mighty book ,it said GOD CREATED HEAVEN AND EARTH.
Atimes i seem to believe that with some science ,scientist can discover how the earth come to be,you see some of them has tried to explain the evolution on how Apes grew into human ,but for over eternity ,i have not read or hear somebody that reported on any current ape that morphed into human or human giving birth to ape who later changed to human.

what i expect this science to tell us is ,who made breeze,air we breath and who made it invisible and why is it not seasonal,why does,nt it finish or run dry like some rivers ?,why does it not have class ,like fresh air for First Wolrd and bad air for third world ? .

As they are about to come out with some mumbo jumbo ,can they also tell us how come the Moon and the Sun remain in constant shine ?.
Did we know that the moon and Sun is at a particular position ? yet Nigeria and America do not share sun at same time,Canada and China cannot have moon at same time.Well the only explanation is that the earth is build on some rotational ball,which made the world to spin and when your part of the world gets to the SUN ,you have sun shine, when it gets to the moon ,it,s night time.
I often wonder why the moon and the sun has not grew old and fade away !!
Why day light continued to be constant !!

Nobody can tell how old is mother earth, but not once has the bearing that rotates the world developed technical fault and cause the world to stand still or for the Sun to stay on a particular place for a full blown day.
Therefore ,God who created the earth did a perfect and perpetual job ,and that makes him a perfect GOD.

Does he live in Heaven :,the Bible tells us so and we believe so ,but some are yet to believe, but can we ask then ,what is high above the sky ?.
Who make cloud to hang on the air ? rain to hang on air and where is the pillar that is holding the sky ?.Well it is only somebody that is higher than human can fabricate such wonder and no eye has seen him nor the pillar of his work.
Who made the Sun stay high above the world watching us as CCTV monitor ? and the Moon as Night camera with illuminator ?.

Why has,nt anybody or science be able to reach the Moon ,talkless of the Sun ?,the best human has done is to get into space.It is like 40 story building and you travel up to 3rd floor and came back to say you,ve done wonders.

Heaven is protected by many things we cannot see but to remove our doubt about where it is and the security ,God uses things we can see such as Sky,moon ,sun and stars to bracket the Heaven and earth.But human can only reach the sky ,how about the moon,sun and Star ?.

Does it not show that somebody who put them up high above is living high above that to oversee all his creations ?.
He gave us night and day ,so that we can age and i am sure that in his place of majesty ,there is no night and day and that is why the Bible tells us that a thousand year is like a day in the sight of God.

Well God is definately living in Heaven above and there is nothing anybody can do about it.Do not forget that with all the noises and pollution he hears our heart beat every minute.

Why do God ask Isrealites to kill nations both adults kids in the old testament ?:
God created Earth and many other planets and as i cannot hold brief for him ,let me use human angle to answer this..
A man build a house ,where he want people to dwell and call it a home ,inside the house there are first class bath up ,water closet "WC" ,Living room which is decorated with first class and choice interiors,in short he made the house a place he can trust and he rejoiced that he spend time and money to build that place .Then suddenly the foundation of that house started shaking ,maybe the contractor used something he should not have used or for any reason the foundation of that house become a big problem.
What do you think the man will do ? should he continue saving the entire house because of the interior of pull the entire house down and build another one at same spot or at another location he so choose ?.

We all know that he own the house and will do whatever he like with it ,but some people will also shout that the man is a wicked man for wasting such a good house,but the truth is that a man need no brainstorming on such issue.The only thing that can save such house is that one of the mans love ask him not to ,such as the wife,children or very close associate ,who will ask the man not to pull the entire house down ,that the person can fix the problem and make sure that the house became new....

If i am to use the above logic ,then i will tell us that Jesus Christ stepped in on our behalf and ask the father not to pull us out again,that was why he gave his life as appropriation for our sins and that is why since NEW TESTAMENT ,God the father left most of the affairs of mankind to his Son Jesus Christ ,therefore whosoever believe in Jesus has been insured by his death.

Do we have right to be angry with God :,On this earth we may have over 8 billion living human being,all products of same person,all seeking his attention and blessing ,all living by his grace and all the hairs on the billions heads are known to him.This billions are asking him ,some ignorants asking through proxy but all the suplications are directed to him as final stop.

So ,i will say you have right to be angry but have you considered for one minute that ,if you are standing on a queue trying to catch a Bus/train/plane and suddenly you get so angry because you do not want to wait for your turn or simply because the person in charge is suppose to shove off all other person on the line and give you number one position ,and with that in mind you get out of the line in anger,what do you think will happen ?.

Do you think the train will not move because you refused to come aboard ? or do you think that immediately you step off the next person behind you will take over your position and progress will continue ?.

Well it is applicable in things of heaven ,when you get tired to wait for God and you move out another person lining behind you will take over your position and if you want to get back ,you have to queue right behind at the back back of back.

If we must know ,the God that created the mother earth with the word of his mouth, and the earth is more than a zillion years and, yet there has been no faulty mechanism to it,unless some reminders atimes to make science know that there are things in this world they cannot do anything about.

The same God created Human and gave them .....
Nose to breath and smell things,as we know that the nose is open ,yet if you are swiming, water cannot run through your nose down to your stomach.You cannot breath too much air to burst your lungs and belly.

Eyes ,that we may see things in it,s splendour and the eye is so fragile and moist ,but no matter the amount of dust that enters the eye ,it will not stick into the eyes and cloud it from seeing things.

The mouth is filled with saliva which is acidic in nature ,saliva can melt the strongest of any Bone ,if you keep that bone in your mouth for minutes ,but yet your teeth cannot be melted with the saliva and your tongue cannot be melted.

The hair ,which can grow to leg level if un-cut and unkept, but yet you cannot see any trace of it in your skull,where is it hiding ?.

The nails ,they grew long and bend in the process if you love to grow nails,but never has it grown inside the fingers or can you see where it is coming from.

Throat ,we eat food and it went down through the throat down to our stomach ,but if you stand upside down the food will not come rushing out the same way it went down from .

Therefore the God that made all those things are not by any means your mate,that you can query him with your "quarter to " sense.He is not in your every day banter that you will query his ways and he is not answerable to you nor to anybody.

Just know it that he is GOD and he blesses who he chooses ,he saves whom he wants to and he make a peasant to become King and there is nothing anybody can do about it ,because he is GOD.