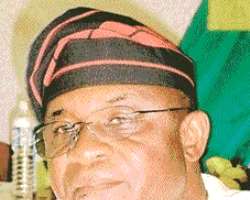 Mark
The Senate on Wednesday commenced the process for the second alteration of the 1999 Constitution Act 5, 2010 and other related matters with a view to accommodating the new timelines requested by the Independent National Electoral Commission (INEC) for the 2011 elections to hold between March and April 2011.

This was as senators supported the alteration of the constitution to accommodate the conduct of the 2011 elections in April, even as they insisted that despite of the proposed alterations, the handover date of May 29, 2011 shall remain sacrosanct.

During the debate on the Bill which entered its second reading yesterday, senators equally urged the chairman of the Independent National Electoral Commission to learn to moderate his utterances in order to concentrate more on his work.

In his lead debate, Deputy Senate President, Senator Ike Ekweremadu, said the new set of alterations proposed in the present Bill was to ensure that elections were held not later than 90 days and not later than 30 days before the end of tenure of office.

Senator Ekweremadu further said the proposed alteration would leave INEC with 60 days (March and April 2011) to conduct elections before the handover date and to ensure that the nation was not caught up with the seeming constitutional and electoral quagmire occasioned by the inability of the Independent National Electoral Commission to implement the lofty ideas and philosophy behind the provisions of the first alteration of the 1999 Constitution Act.

He also said the Bill seeks to provide new timelines for the conduct of the national, state Houses of Assembly, presidential and governorship elections by INEC, adding that the new law would seek to address the process of adjudication of election petitions with regards to governorship elections.

'Appeals will go to the Court of Appeal from this tribunal. Any party not satisfied with the decision of the Court of Appeal may further appeal to the Supreme Court. The aim is to cure the ill of contrary and contradictory judgments often witnessed in Appeal Court decisions on governorship election appeals.'

In his own contribution to the debate, Senate Chief Whip, Senator Kanti Bello, said some of the provisions of the 1999 Constitution which call for alteration include the provision that would provide for the governorship cases to terminate at Supreme Court while that of National Assembly would terminate at the Court of Appeal. In the words of Senator Bello: 'I believe very strongly that except the presidential election cases, both the governorship and National Assembly cases should be made to terminate at the Court of Appeal.'

Also contributing, Deputy Senate Majority Leader, Senator Victor Ndoma-Egba, expressed concerns that the same Justice Uwais' report that was applauded by everyone which was eventually reflected in the timelines provided in the 2010 amendment was what INEC was now going against.

According to Senator Ndoma-Egba; 'today, Nigerians seem to be blaming the National Assembly, but what I want to advise is for Nigerians to properly locate where the problem lies, which  is certainly not from the legislators. Nigerians should allow us to work and I challenge them to name those senators who collected N2O million each as it is being speculated.' He canvassed for the retention of the provisions of the constitution that all Assembly cases should terminate at Appeal Court owing to what he said was as a result of conflicting judgments from the lower courts.

In his contribution, Senator Abubakar Sodangi further posited that the provisions of the constitution on the cases concerning National Assembly elections and those of governors be allowed to stay in order for Nigerians not to see legislators as working for their interests alone.

Contributing to the debate, Senator Nimi Barigha Amange (PDP Bayelsa) urged the Senate to extract from the constitution the aspect of timeliness from the constitution, adding that it would not be fair for the National Assembly to be amending the constitution every time it wants to amend the Electoral Act. He also said there was the need for INEC to begin the practice of mid-term elections.

At the end of the debate, the Senate referred the Bill to its committee on the 1999 Constitution with a directive to report back to the Senate at plenary within one week even as it urged the Senator Ike Ekweremadu-led Constitution Review Committee to equally conduct a public hearing with a view to accommodate the views of members of the public.

The first alteration of the 1999 Constitution that was now a subject of litigation was effected by the National Assembly and approved by the state Houses of Assembly in line with part of the recommendation of the Justice Mohammed Uwais' report which recommended for elections to hold in January.