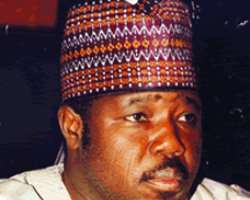 Suspected members of Boko Haram took residents of Maiduguri, Borno State capital by surprise on Monday night as they returned to the already tensed metropolis in a grand style, setting ablaze a police station. No fewer than three policemen were injured in the incident.

Sources said the returnee sect members launched the offensive attack on Gamboru Police Station located about two kilometres from their demolished enclave. Security surveillances have been beefed up in the state in the last few days following serial killings of people including police, traditional title holders and a public office holder.

Daily Sun gathered that the attackers had attempted to force their way into the police station and when it became difficult for them to gain entrance, decided to fire gunshots through the metal gate and subsequently use explosives to set the place ablaze.

No fewer than seven people have been killed in the state since July by armed men suspected to be Boko Haram while about five people were injured in the various attacks in the metropolis. The commissioner of police, Ibrahim Abdul had repeatedly fingered the Islamic sect as the perpetrators of the serial killings which have also claimed the life of the national vice chairman of All Nigeria Peoples Party (ANPP) in the north east, Alhaji Awanna Ngala.

Residents in the area claimed they were awake all night following sporadic gunshots. 'We could not sleep last night because of sporadic gunshots. We heard the sect members engaged the police in a shot out for about 3o minutes. We just hope we are not in trouble again because that was how the incident started last year July. I hope government will react quickly before the situation gets out of hand,' Adebayo who lived around the Gamboru Police Station told the reporter in a telephone conversation.

However, unofficial prison source told Daily Sun that a foiled attack at the Maiduguri New Prison on Monday night resulted in the injury of a prison warder.

Police Public Relations Officer, PPRO, Mamman Maina confirmed the incident, adding that the inspector who sustained injuries on his legs from gunshots during the attack as well as the two other policemen who had serious injuries from burnt were being treated aat the University of Maiduguri Teaching Hospital (UMTH).

When Daily Sun visited the burnt police station, some bullets holes were seen on the walls while smoke billowed from the ruins of the station renovated recently after similar attack in the July 2009 Boko Haram insurgence. Security personnel including the army have taken over strategic locations in the metropolis to ensure security of lives and properties even as the stop and check operation of the police has been intensified.

Incidentally, the renewed attack of the Boko Haram came at a period when the Inspector General of Police in charge of Zone 12, AIG Mohammed Hadi Barewa was on tour of the state to assess the security situation. There was no official statement from government as at the time of filing this report.