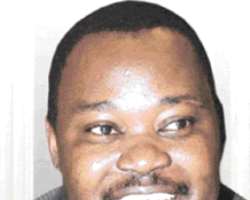 The PDP in the state had been engulfed in series of crises before the rally. The problem affecting the party could be easily traced to the time the Labour Party (LP) took over the reins of power in the state on February 24 via the Court of Appeal verdict which declared Dr. Olusegun Mimiko as the winner of the April 14, 2007 governorship election .

Ever since then, PDP members had defected in droves into the ruling party with the bulk of the defectors coming from former Governor Olusegun Agagu's camp. Majority of the defectors are people who either served as commissioners or chairmen of boards and parastatals. The party's woes were further aggravated with the losses recorded in three re-run elections held in the three senatorial districts of the state.

The donation of the 20 buses was more or less the tonic the party needed to address its dwindling fortune. At the well-attended rally which was graced by notable members of the party including serving senators, members of the House of Representatives and aspirants. Ibrahim told the gathering that members of the party must work hard to ensure that the ruling party in the state is sent packing from Government House.

This, he noted, could only be achieved if all members work in harmony. He said: 'this rally is not just organized for the sake of it, but to reinvigorate the PDP. We must all work together to ensure that Labour Party goes out of Ondo State. It is a fact that LP is fast losing its popularity in Ondo. 'We must all work together to ensure that PDP regains its position in the state. We should not be fighting ourselves in the PDP; we should not fight over positions. Now we don't want to talk about ambition. We want to talk about moving the party forward.'

Ibrahim, who officially joined the PDP on April 19 this year, urged party members to support all the candidates that would emerge during the primaries to regain their slots in the House of Assembly and National Assembly

Other speakers like former Governor and Senator Gbenga Ogunniya stressed the need for members to promote unity. Specifically, Senator Ogunniya called on the Federal Government to set up a judicial commission of inquiry to probe the alleged fake security report submitted by Mimiko's counsel at the lower and upper tribunals.

Ogunniya, who is a third term Senator, said the only way to get to the root of the matter is to ensure that the source of the alleged security report is probed.

He said, 'forgery is real. The fake security report was the premise which the tribunal and Court of Appeal based their judgements. So it won't be wrong if a judicial panel of inquiry is set up to look into the matter. They submitted nine fake reports at the court'. Oguniya's stance was corroborated by former Governor Agagu who said the Mimiko administration has refused to address the main issue raised by the fake security reports.

According to him, rather than addressing the main issue, the Labour Party government was busy hurling abuses on him. He said: 'What we are asking for is the source of the security report. This, the ruling party has failed to address. The SSS has said that the reports are not from their office. So, the government should come out and tell Nigerians instead of abusing me.'

Agagu also condemned in strong terms the abandonment of some projects he embarked upon before he left office.

He said: 'Many of the good projects which we started then were abandoned by the present government in the state. The list is endless. They abandoned the two roads we were dualising, the Owena multi-purpose dam and many others.

Mimiko said that he will surpass our six years achievement within his first 100 days in office. If you check out his score-card in the last 20 months in office, you will discover that he had done nothing.'He was even yet to complete some road projects within Akure metropolis that were near completion before, we left office.'

The former Ondo State Governor accused the Mimiko's government of spending the state resources on frivolities, urging it to account for over N100 billion it has received from the federation account in the last seventeen months.

'We want Mimiko to give account of how he has spent about N100 billion from the federation account and the N38 billion we left in the account. The present government has nothing to show for the huge amount it has received so far.