Funmi Iyanda presents ‘My Country’ on the BBC 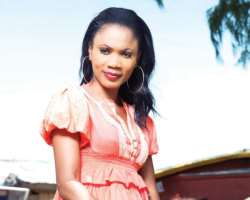 The British Broadcasting Corporation (BBC) has aired the first of a three-part documentary on Nigeria, hosted by television personality, Funmi Iyanda. Titled 'My Country,' the documentary aired on BBC World on October 2, with two more episodes scheduled for later this month.

Produced by Iyanda to commemorate Nigeria's 50th independence anniversary, 'My Country' is described as “an epic journey around Nigeria (to) discover authentic stories told from the Nigerian perspective.”

It features the stories of a wide spectrum of Nigerians, from ordinary, otherwise faceless, people, to major celebrities. The themes range from heartwarming stories to hard hitting ones about the challenges of being a Nigerian in these times.

Writing on her blog, Iyanda said the documentary “has captured everyday Nigerians in unusual but natural settings, engaging them in eye-opening and down-to-earth conversations about their unique Nigerian experience.”

Having made her name on 'New Dawn', a show that ran on the Nigerian Television Authority for eight years, the television personality launched a new programme, 'Talk With Funmi', earlier this year. She says the BBC is the next stage in her quest to create a platform where authentic Nigerian stories can be heard.

“I truly believe that nobody can tell our stories the way we can. It is time for Nigerians to tell our own stories with knowledge, intellect, creativity, and truth,” Iyanda said.

'My Country' is directed by Chris Dada, who works with Iyanda on 'Talk With Funmi'.