Hotel address and condoms in your wife's bag? 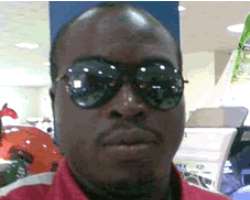 Funmi thought she could again get away with it. She was wrong. She had been embroiled in a sizzling, but illicit romance with her boss, Mr Benson who is married with a kid. On this fateful Friday evening, Funmi rushed down to the house to take a shower.

She packed some clothes and intended to deceive her husband that she was going on a trip with the management of her firm . After she had entered the bathroom, her husband, Davies, inquisitively felt like checking her bag for the most innocuous reasons, but stumbled on a hotel address within the same city as well as a pack of condoms. He was enraged , but tried to keep his cool .

After her bath, she dressed up and told him “Love, I am sorry, my management team and I would be on a two-day trip to Benin for our annual board meeting and I' ll miss you”.

When she moved closer to give him a hug, Davies blurted out in anger “oh, the board meeting at the hotel with a pack of condoms…?” She wished the ground would open up and swallow her. Davies continued “ so, this is what you have been doing to me, right?, slowly bringing out the pack of condoms. What the hell do you need condoms for? She was speechless and immediately went on her knees weeping profusely…

What would you do if you found a hotel address with a pack of condoms in your wife's bag?

ISAH
One thing that will come to my mind is that she is cheating on me and I do not need further information and I'll let her go. The solution is just to divorce her, because, my mind will never be at rest.

DARE
Due to the fact that I trust her, I would ask how she got the condom, because on a good day, there's nothing wrong in having a hotel address. If her response is reassuring, I will believe she is not cutting corners, but if she's defensive , I definitely would know she cheats on me and I will send her packing without hesitation.