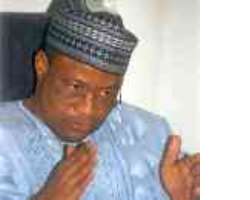 Huhuonline.com understands that the presidency has fingered , Mr. Henry Okah, the leader of the Movement for Emancipation of the Niger Delta (MEND) and South Africa responsible for the bomb explosions that killed at least 16 innocent souls  in

Abuja with over 30 critically injured.
A top presidency source told our correspondent last night that the presidency had received security report last week about Okah's plans to carry out the terrorism act from his home in South Africa and immediately contacted South Africa authorities in order to prevent pre-empt the deadly act.

The source said, "The presidency got a security report via the United kingdom (UK) intelligence unit last week that some political forces in the country had offered Mr. Henry Okah $100 million to ensure that the 50th anniversary celebration did not hold."

The political group according to the UK security report was not happy about the huge success of President Goodluck Jonathan 's presidential declaration few weeks ago and they were afraid that he may again use today's event to shine.

"From our report, the bomb blasts were to start on Tuesday and our security agencies got to know about it, contacted the South African authorities and consequently Henry Okah's house in South Africa was searched and he was later arrested."

"But the presidency was shocked when it later learnt that the South African authorities had ordered the immediate release of Okah."

"The South African authorities' action against Nigeria is very strange. The Federal government is determined to review its diplomatic relationship with south Africa", the top presidency source added.

Huhuonline.com checks reveal that the Nigerian authorities has contacted the South Africans to register reservation about 'the action or inaction' of their government.Our correspondent gathered that but for the timely intervention of President Jonathan, the UK authorities was to issue a security alert on Thursday advising its citizens to stay away from the venue of the celebration yesterday.

Among those killed in the blasts according to a security source include a former security operative with the EFCC, Mr. Tahir Biu, an assistant director of the State Security Services (SSS), a youth corps member and some civilians.

The explosions occurred outside the ministry of Justice - about 800 meters away from the Eagle Square-where the celebration took place. One of the cars in which the bombs were planted carried a registration number Lagos CF 786 LSD. Eight vehicles were mangled in the incident. The spokesman for the Nigeria Police force, DCP Emmanuel Ojukwu, told journalists last night that the two blasts were caused by car bombs.

But in a swift reaction President Jonathan vowed to punish those behind the bomb blasts. A statement signed by his special adviser on Media, Mr. Ima Niboro, said the blasts were 'dirty and wicked acts of desperation as well as the worst anniversary gifts any nation can get.'

The statement reads: "The bomb explosions, which occurred near the Ministry of Justice in Abuja, and which claimed several lives are a low, dirty and wicked act of desperation by criminals and murderers who do not wish Nigeria well.'

"Coming at a time that the world had gathered together to celebrate Nigeria At 50, these bomb attacks are the worst anniversary gifts any nation can get.

"Their purpose was to ensure that the celebration at the Eagle Square was cancelled by all means.  It is sad and unfortunate.'

The statement said the President grieved with the families that have lost loved ones in the incidents shared their consternation and understands their pains, as they mourn while the nation celebrated.

The presidential spokesman added, "The president wants these families to know that their loved ones have not died in vain. Rather they have paid the supreme price for our unity; and in their death, they have watered the tree of our freedom.'

He added that those behind the vicious acts will be found, and will pay dearly for this heinous crime.

Also reacting to the incident, the Jonathan/Sambo campaign organization asked the security agencies to get to the bottom of the act of evil.

"As President Goodluck Jonathan and Vice-President Namadi Sambo led thousands of Nigerians to celebrate the nation's golden jubilee at Eagle Square Abuja and millions of Nigerians looked to the future with renewed hope, car bombs exploded near the Square killing several people and injuring many more," the director of media of the campaign groups, Mr. Sully Abu said.

"As the security agencies grapple with this affront on the nation's peace and security by cowardly elements, we as a campaign organisation wish to stress that this dastardly act only underscores the urgent need to conduct our politics in a civilised fashion in the run up to next year's election.

"Rather than engage in brickbats, accusations and counter accusations which raise the political temperature and thus create room for anti-social elements to carry out their nefarious activities, our politicians must learn to engage one another in a peaceable fashion, devoid of acrimony and incendiary language.

"We must all centre our political campaigns around issues that touch on the lives of the Nigerian people and how to ensure that before our centennial, we join the front ranks of the most developed nations on earth. This surely is far more productive than engaging in calumny and diversionary arguments that overheat the atmosphere. This has been repeatedly emphasised by the Goodluck/Sambo Campaign Organization and is the over-riding lesson of today's bomb blasts".

The president campaign organization called on the security agencies to get to the bottom of the mischievous act no matter what claims have been made by any group and fish out the perpetrators for exemplary punishment according to law saying the security agencies must also be on special alert and must strengthen security across the country.

Two hours before the blast, the MEND had issued a press release- alerting the public of the act.

The statement signed by one Jomo which was purportedly issued on behalf of the militant group reads,

"With due respect to all invited guest, dignitaries and attendees (sic) the 50th independence anniversary of Nigeria being held today, Friday, October 1, 2010 at the Eagle Square, Abuja, the movement for the Emancipation of the Niger Delta (MEND) is asking everyone to begin immediate evacuation of the entire area within the next 30 minutes. The warning expires after 10:30hrs. Several explosive devices have been successfully marked in and around the venue by our operative working inside the government security services.

"In evacuating the area, keep a safe distance from vehicles and trash bins. There is nothing worst celebrating after 50 years of failure. For 50 years, the people of the Niger Delta have had their land and resources stolen from them. The constitution before independence which offered resource control was mutilated by illegal military governments and this injustice is yet to be addressed."

The bombs went off when president Jonathan was inspecting a guard of honour in the event-attended by over 15 heads of state of different nations, former Nigerian presidents and former military heads of state except Gen. Ibrahim Babangida , who was absent. The blasts did not prevent the event from going on. Although Jonathan was unshaken when he heard the sound of the blasts, one of his closed aides said, "He is very angry about the embarrassment."