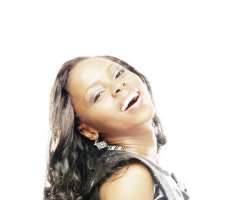 A frenzy of preparations led to the celebration of Nigeria's 50th independence anniversary today. Critics point to the fact that the country cannot boast of enough reasons to celebrate.

However, we may want to put our grievances and disappointments aside and look at the brighter side; because we cannot ignore the fact that this year marks 51 years of television broadcast in Nigeria. So today, we equally celebrate the broadcast industry.

Sadly, the celebrations is dampened with the fact that the pioneer programmes which celebrated the core values of our nationalistic existence on television have died. Flagship programmes like Village Headmaster, Cock Crow at Dawn, New Masquerade, Second Chance, and Behind the Clouds, are good examples.

The Nigerian Television Authority (NTA), whose drama department was responsible for churning out most of these widely popular programmes is floundering in the wake of the emergence of private television companies armed with the tools of modern programming. Focus has therefore shifted from the behemoth, that the NTA has become, to the ever increasing number of private television stations. But then, the irony is that, despite their basket load of innovative tech-driven programmes, these new stations have largely failed to replicate the success that the NTA garnered in the 70s and 80s. The obvious reasons – the Internet and the popular Nigerian movie industry - contributed to the dearth of television programmes.

Children born in the 70s and 80s had a raft of interesting programmes to engage them. Most of them, well into adulthood now, still remember these programmes with startling clarity. The theme songs of programmes like The New Masquerade, and Tales by Moonlight were very captivating and have remained evergreen in the memory of millions.

It was the norm those days for school children to spend exciting hours at school rehashing the last episode of these programmes. Many of them adopted the mannerisms of their favourite actors and actresses; and even adopted their names as nicknames. These programmes did not only entertain; they also helped in the education of these children. The Village Headmaster and Second Chance come readily to mind.

Stations like Clapperboard, DBN, and AIT, led the pack. After former Head of State, Ibrahim Babangida, issued a decree that allowed private broadcasting, a lot of them emerged in the early 90s. The emergence of these stations was a breath of fresh air after years of government monopoly. It meant goodbye to the days of having to wait till 4pm which was when NTA began daily transmission; and welcome to multiple channels and programmes. It brought healthy competition, thus challenging NTA to up its game.

It is also important to note that Nigeria was the first sub-Saharan country to begin private broadcasting in 1991; today the Nigerian television industry is one of the most competitive in Africa. These private television stations have contributed to these milestones in no small measure. They introduced innovation, and quality content. However, the down side was that they depended heavily on foreign programmes; and this also led to the gradual decay of local programmes. And then cable TV entered the scene, and people found out that they could watch those foreign programmes at the foreign stations. In a bid to stem this tide, the Nigerian Broadcasting Commission (the regulatory body) directed that TV stations operating in the country adopt a quota of 70:30 of local content and foreign respectively.

Reality shows to the rescue

Furthermore, the stations discovered the magic of reality shows. Private studios, working in partnership with blue chip companies, bought the licences of such globally popular reality shows like Who Wants To be A Millionaire and Idols. The ploy worked; to an extent. They succeeded in recapturing some of the audience.

The relative success garnered by these reality shows has turned it into an all-comers affair. The downside is that creativity has suffered. Everybody is in a hurry to get a slice of the audience, and the result: a lot of badly managed.

The 90s also witnessed the boom of soap operas, especially the Mexican Telenovelas, which was a hit and boosted audience figures. Programmes like The Rich also Cry, Secrets of the Sand, and Gardeners Daughter, attracted a large audience and got many glued to their TV screens. Nigerian producers saw this as a threat, and moved to create indigenous programmes. However, the audience quickly got tired of the predominant thematic concentration on love.

Living in Bondage led the pack. The massive attention it got from the restless audience attracted producers who quickly moved to tap into the boom. Successive movies, like Glamour Girls and Taboo, equally recorded huge audience attraction. The actors and actresses were also quick to realise the huge potentials offered by the growing industry, and jumped aboard. That the industry has evolved in the past years will be stating the obvious. This year alone has witnessed an explosion of quality movies and loads of premieres, and television broadcast has suffered in its wake.

Critics were fast to point at the poor quality of story lines, production, and acting. However, some producers have succeeded in creating masterpieces. Top notch movies from the likes of Kunle Afolayan, Chineze Anyaene, Stephanie Okereke, and Tunde Kelani, have given hope and encouraged younger Nigerian movie makers. Nigerian returnees have also been involved in the Nollywood rebirth, lending their expertise into producing movies which have been screened at international film festivals.