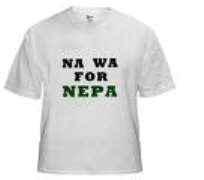 Nigeria's largely inadequate power generation has dropped by 300MW, from 2200MW to 1900MW, after oil giant Shell shut its Afam VI power station in southern Rivers state for routine maintenance, according to the state-run Power Holding Company of Nigeria (PHCN).

PHCN said the shutdown, which will last two days starting from Monday, would be used to maintain the station's gas facilities in order to improve its effectiveness.

``Until the station is back to the (national) grid, there will be need for minimal daily load shedding to maintain system stability,'' PHCN said in a statement.

Power generation in Nigeria, which hovers around 3,000MW at best, is considered largely inadequate for the requirements of the country with a population of 140 million.

Analysts said even that target is low for a country seeking to join the league of the top 20 economies in the world by 2020.