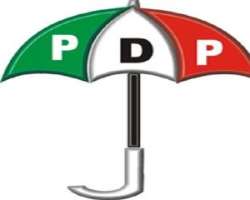 THEWILL in a brief chat with the National Publicity Secretary of the party, Dr. Rufai Alkali said, modalities for the primaries would soon be released following decisions reached by the National Working Committee (NWC).

He said the September date became necessary because there was no time left as efforts would be made to conclude primaries early to meet up with INEC’s timetable, yet to be released.

Asked whether there would be the usual consensus where candidates would be made to step down for others as used to be the case in the past, Alkali said "the PDP you know before has changed and internal democracy would be brought to bear in the conduct of all affairs in the party."

"My friend, just watch out for the details that would unfold next week as you will have enough to write," he told THEWILL.