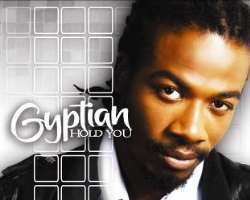 August 6, 2010, New York, NY – Just days after being recognized as the most popular dancehall artist in North America, based on on-line searches according to data from search engine Google, GYPTIAN has been added to the Damian “Jr Gong” Marley and NAS Distant Relatives 2010 Tour beginning August 24 in Charlotte, NC.

Gyptian has been enjoying chart success with his new album, HOLD YOU, which continues to hold the #2 spot on Billboard's Reggae Albums Chart. The title track, “Hold You,” has become a multi-chart hit worldwide and deemed a “2010 Summer Anthem.” According to Billboard Magazine “not since Wayne Wonder's "No Letting Go," has an underground reggae artist garnered as much attention in the United States as Jamaica's own Gyptian.”

SPIN Magazine gave HOLD YOU “3 Stars” while The Washington Post named Gyptian “the owner of the summer's most compelling dancehall hit.”

In addition to the Distant Relatives tour dates, Gyptian will also headline dates through October and then head to Europe for tour dates.