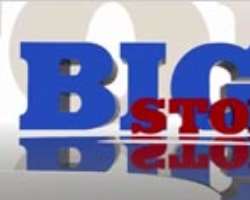 The Biblical quotation that says that at the last day of the world, the judgment shall start from the vineyard may actually be coming to reckoning in the church of this supposed man of God, Pastor Bimbo that supervises the congregation at the New Dawn Ministry, Olomure area of Abeokuta as we gathered that he has been neck-deep in love with a certain married woman known by some people as Bukky.

This married woman, according to information started her affair with Pastor Bimbo when they were both an undergraduate at Olabisi Onabanjo University, Ogun State. During the time they were still schooling, Bukky and Bimbo were said to have been an item as they were always in each other's arms.

Though, Pastor Bimbo is a married woman, Bukky, information has it, has found something of interest in him and she has refused to let go even after they both graduated from the citadel of higher learning. Aside Bukky who was said to have been enjoying the good nature man of God, some of the beautiful choir members too are said to have been beguiled by the powerful, good-looking and vibrant man of God.

This Bukky who we learnt, is a married to a young bizman in Abeokuta has been shuttling Lagos, Dubai, London courtesy of Pastor Bimbo who showers her with gifts, money and what have you. We shall inform you about their love nest soon.