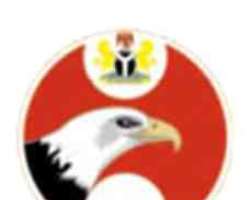 Former governor of Akwa Ibom State, Obong Victor Attah, was yesterday interrogated for over seven hours by operatives of the Economic and Financial Crimes Commission (EFCC) at the agency's head office in Abuja over alleged money laundering to the tune of 300 million US dollars.

The amount is said to be the proceeds of the sale of Akwa Ibom State shares of the defunct V-Mobile telecommunications network which were disposed off during Attah's tenure as governor of the state.

He had been invited to report at the EFCC office on Monday to say what he knew about the controversial deal which had been under investigation by the commission and British security agencies. Attah had, however, pleaded for a deferment of his appearance till Wednesday, through a letter to the anti-graft agency by his lawyer, Mr. Mike Ozekhome (SAN).

His invitation followed fresh intelligence reports from outside the country which allegedly linked him to the laundering of the $300 million (about N45 billion) through 22 companies. Curiously, African Development Fund Incorporated, the major company allegedly used in facilitating the deal, had reportedly changed its name four times in a bid to cover up its tracks.

Reports further indicated that ADF, a private firm, had not been registered in Nigeria when the deal was sealed in 2002. Since the bubble burst, Britain and the EFCC had sustained the probe on the sale of shares of Lagos, Akwa Ibom and Edo States in the company.

Attah arrived the EFCC headquarters yesterday, at about 10.am, when he was taken in and grilled for over seven hours. He was, however, granted administrative bail at about 5.45pm. EFCC spokesman, Femi Babafemi, confirmed the development, but declined to give details of the session.