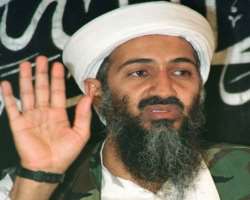 
A former leader of a Nigerian Islamic sect behind an uprising last year which killed hundreds of people has issued a statement expressing solidarity with al Qaeda and threatening the United States.

Abubakar Shekau, a former deputy leader of the Boko Haram sect who was thought to have been killed by police in last year's fighting, offered condolences for the deaths of al Qaeda commanders in Iraq in the statement on a jihadist website.

"Do not think jihad is over. Rather jihad has just begun. O America, die with your fury," the statement said, according to a translation published by the U.S.-based SITE Intelligence Group.

SITE said the statement was addressed to al Qaeda affiliated groups in Algeria, Somalia and Yemen, as well as Iraq.

A five-day uprising by Boko Haram around the northern Nigerian city of Maiduguri a year ago killed close to 800 people, as security forces fought days of gun battles to end rioting by sect members.

Boko Haram is one of a number of militant movements in northern Nigeria which wants sharia (Islamic law) to be imposed more widely in Africa's most populous nation.

Nigeria, a vast nation of more than 140 million people and more than 200 ethnic groups, is roughly equally divided between Christians and Muslims.

Boko Haram's views are not espoused by the majority of Nigeria's Muslim population, the largest in sub-Saharan Africa, and there has been little published evidence of well-established links between Nigerian militants and al Qaeda.

West African Islam is overwhelmingly moderate but underlying issues of poverty, unemployment and a lack of education means sect leaders have been able to gain a cult-like following in some parts of the region.

A Nigerian man, Umar Farouk Abdulmutallab, stands accused of trying to blow up a U.S. commercial airliner on Christmas Day last year with a bomb hidden in his underwear. He has said he was trained by militants in Yemen affiliated with al Qaeda.

But Abdulmutallab was educated in London and the Middle East and is not believed to have been radicalized in Nigeria.