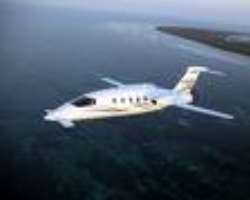 Ebahi Ifidon-Ekuerhare, London
The former Economic and Financial Crimes Commission (EFCC) boss Mallam Nuhu Ribadu has condemned the state of corruption in Nigerian as the country celebrates its Democracy Day, stating about twenty-eight Nigerians bought private jets at the expense of development of the nation.

Ribadu made this statement at a public symposium entitled: The State of The Nigerian Nation to mark democracy day which took place yesterday at the London Metropolitan University.

Ribadu bemoaned the state of the country stating that Nigeria is at the buttom of development as compared to other nations when it comes to the availability of both human and natural resources.

“Governments have not been able to provide the basics of life; industries have been set up and have gone down the drain due to corruption. Nigeria has been run as a criminal enterprise, administrators have been in charge of us but have nothing to do with us” he lamented.

While speaking, the former EFCC boss revealed that present and past administrators have wasted and diverted the resources of the nation, stating that the leadership of the country knows little or nothing about governance.

Speaking earlier at the event, European Parliamentarian, Jean Lambert decried the appalling issue of corruption in Africa especially Nigerian and the recent concern of the EU in such matters. She noted that the ordinary citizens were at the receiving end, caught in the middle of the battle and left without access to basic needs.

“There is enormous money going into Nigeria through oil wealth but the wealth disappears into western accounts. Governance in Nigeria should be seen as service rather than investment.

Others who spoke at the symposium were Nobel prize winner, Professor Wole Soyinka, Activist and Barrister, Femi Falana, the secretary general of Moyo wa Taifa, a pan afrikan women's solidarity network based in UK and Ghana,Affiong Afiong. Others present were, Prof. Sola Adeyeye, a scientist and educator, political activist and poet, Okey Ndibe as well as the publisher of online magazine, Sahara reporters, Omoyele Sowore.