CHERYL COLE BEING TREATED FOR MALARIA IN HOSPITAL 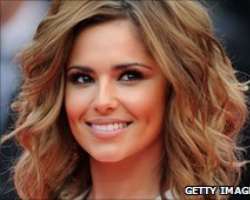 Singer Cheryl Cole is in hospital being treated for malaria, her spokesman has confirmed.

The 27-year-old X Factor judge and Girls Aloud star was admitted to hospital after reports she had fainted during a photoshoot at the weekend.

On Monday, it was confirmed Cole had cancelled all of her work commitments this week on the advice of doctors.

Cole recently returned from a break in Tanzania, on the east coast of Africa, with friend and dancer Derek Hough.

Her spokesman confirmed she had been taking anti-malaria tablets while on holiday.

Mosquito bite
The Sun reported Cole collapsed at a photoshoot for her second solo album on Saturday and was diagnosed with exhaustion and gastroenteritis.

The early symptoms of malaria include a headache, aching muscles and weakness or a lack of energy. This means it can be confused for other conditions like exhaustion or flu.

Malaria is transmitted by an infected mosquito and it only takes one bite to contract the disease.

He told the singer: “Don't rush back. Health is a priority and get some rest to recover properly.”

Cole, alongside other celebrities, climbed Mount Kilimanjaro for charity in March last year.

The group raised £3.5 million for Comic Relief for use in Africa and the UK.

Turbulent year
Some of the money raised is helping to tackle malaria. In Africa, one in every five childhood deaths is due to the effects of the disease.

Comic Relief chief executive Kevin Cahill said it was “deeply unfair” that Cole had caught malaria after the star had “done more than her bit” to help prevent the disease.

He said: “We're very sorry to learn that Cheryl has been diagnosed with malaria and wish her a speedy recovery.

“Cheryl did an amazing thing climbing Kilimanjaro last year and raising millions to buy bed nets for thousands of families and children in Africa – the first step to preventing malaria,” he added.

Cole's ill health comes during a turbulent year for the star.

She split from her husband, England footballer Ashley Cole, in February and filed for divorce three months later.

Since then, she has been kept busy touring as a solo act for the first time, supporting hip-hop band Black Eyed Peas, and recording her second album.

The Girls Aloud star is also scheduled to play high-profile shows at the V Festival in August.