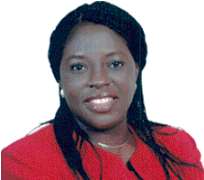 Picture this situation: you are insanely in love with someone and eager to marry the person. In the past, you had read newspaper stories about unseen damage which abortion or pelvic inflammatory disease can do to unmarried girls, how lifestyle or congenital problems can lead to a man developing very low sperm count, and a myriad of other child-bearing problems.

Like the typical Nigerian, you just throw out the line, “it's not my portion”, and go on with your daily life activities. But here you are, seriously planning to settle down with your 'Valentine' when in a moment of introspection you recall all those “horrors” you had previously read about and a cold question confronts you: do I ask my fiancé about this and about that which can hinder us having children?
Carol Ighele, a marriage counsellor and pastor believes that it is in order for intending couples to find out things about the proposed spouse.

The gender of children can also pose problems in marriage. So is it in order to discreetly and 'conversationally' find out how the fiancé feels about the issue of children's gender or adoption? In this interview, she shares her thoughts. Excerpts…

What factors can cause delay in childbearing
There are many issues that can delay conception. These could be medical, physical or spiritual. The problem could be physical in the sense that when a child is not properly fed or cared for by the parent, the child cannot develop properly.

This can cause problem when she is ready to bear children, an abortion that is not properly handled can also bring a delay; it could be low sperm count, blocked fallopian tubes, etc. A man's state of health can definitely affect childbearing. Then, some spiritual and unforeseen forces can also bring about delay and even curses in the home.

Is fertility test advicable before marriage?

Infertility can be noticed when one is living with the opposite sex for at least a year and you are having unprotected sex, but you are not able to get pregnant, then you see here that there is a problem which needs to be attended to and in order to do this, you need an expert advice. It could be the doctor, your pastor or even a counsellor, depending on the type of case you have. It is good, but in our own case, we advice they go for checkup to know their HIV status, genotype and blood group. These are the three test we encourage couples to do. Fertility test before marriage is good if you just want to know your status.

Is divorce advisable when couples are infertile?

Every problem has a solution. The extent to which you go after your problems will determine the kind of solution you get. So when you go for divorce because you can't stand the pressure, then you are running away instead of looking for a solution. Whichever it is, you can even adopt; we have had cases were the couple had to adopt and the woman got pregnant later because she had settled her mind and wasn't anxious again. Anxiety can cause delay in childbirth.

In another case, a family of six, the whole six children were adopted and the still bear that family surname till today. A child is a child as long as you have been able to impact your life into that baby; the child swallows you up. That's a pure definition of who a child is to me. Adoption is not bad if you want to adopt. We are preachers and we don't preach against adoption.

Should spouses stay together even in the face of abuse

The word abuse is relative. In the western world, any negative word is an abusive word and one can sue you for that; so it depends on the abuse. But I perceive that abuse in the sense you mean is when a woman's life is threatened. If the man sends you out of the house you out of the house and says that he will kill you, a wise woman should go away and get both family to handle the case, not just to leave.

There must be an effort to restore, when all efforts fail, then you can now decide to go. Since everyone was involved when you were getting married, you still have to involve them when you are told to leave the home and that includes the church that joined you together as husband and wife. You shouldn't just carry your bag and checkout when you are asked to checkout of your matrimonial home.

How should a woman handle this challenge of child birth delay?

Well a woman should train herself to be calm, because one of the things that can cause delay in child birth is when you are worried, you know, your temperature and blood pressure rises so high, you still find out that when you get to the hospital, doctors will tell you to take things easy, stay away from stress. Generally there are no problems that can not be solved, no need to be anxious especially now that science has gone very far, there are other alternative if it is difficult to conceive, just make sure you take your problems to the right person, it is God's will that we multiply biblically so there's always a way out.

It is not the time to push blame, lookout for what is responsible, if it is the man or the woman. Over the years, I have noticed that the major problems are from the men but because of our culture, we push the whole blame on the woman, it is not even time to call relations for intervention, Infact husbands should learn to protect the wife on issues like this and support them not to start considering a second wife when the problem might just be a case of some little prescription from the doctor and everything is settled. So people should learn to do the right thing.

Methods that can be applied to convince a stubborn husband for medical checkup?

Men generally don't like taking there matters outside the home while some don't even care. Some like feeling in charge because of their ego but if the can consider their problems and drop their ego, problems can be sorted out-rightly.

The woman has to be very patience and persuasive, shouting back at your husband is not the right method. The problem is that we need a child and whatever it takes to get a child we should do, pet him, kneel and beg, make love to him, if you have to do, Learn when he is in the right mood to talk, not when he gets back from work so tired and weak. Massage his ego, encourage him with the right words and pray for the wisdom, he may not even agree for the first and the tenth time but don't give up, keep massaging his ego, one day you will hear him say “honey it is because of you and just this once” he will go with you. Women are naturally emotional because of the way they are wired but just like the case of Rachael and Jacob, you don't have to fight but if you can, apply the method of Hannah and Elkanna, God will answer you definitely.

Ways to handle shock about delay in child birth?

There are some drugs for it and if the doctor says it is blocked entirely, there is still a way out don't panic, test tube baby is the answer. Bring the egg out, bring the sperm insert it and put the egg back, that answers that problem, its an example so the truth is that people pass through challenges, when it comes, don't melt, withstand is and you will keep solving the subsequent ones.

My grandmother had only three daughters and all the three are very prominent in the society today and you can imagine in those day, they were making fun of the man but look at the outcome today, the issue of “need a male child” is not enough to rock a marriage. What if you continue to impregnate your wife and puts her life at risk, then you will now rest, so it is not enough, you can adopt a male child when it gets out of hand, don't blame anybody.

This idea of having male children is a long gone case and people should learn to outgrow ignorance. It started in those days were people live in large compounds, you have a lot of farmland and need people to work on them so you marry a lot of wives and produce a lot of children because your wealth is measured by your farm produce and you need these boys to work in the farm, to marry and reproduce when the girls are gone there was also war, male children were needed to ward off enemies. But now whether you are male and female, you don't live in family compound, you don't need men to ward off enemies gain, and some say the want to retain their names, but the truth is that when you train a child well, any where, anytime and any day, the child will represent you well and the star must be seen.

There are many female in our society that are in the herm of affairs today. Men should wakeup to the modern day affair and note that a child is a child and the important thing is how you impact life to push that child up.

Did you ever experience delay in childbirth as a married woman?

Well that's the only area that I did not experience challenge but the only thing is that when we got married, we asked God to skip the first month of our marriage so that the baby will come at exactly the tenth month. Babies can come in eight and half months but we didn't want that because we are born again and didn't want people to be suspicious and speculate whether we had slept before our wedding day.

And when the first month passed I forgot the prayer and I was nervous a little but my husband reminded me of it and at exactly one month later, I got pregnant and had our first child at the tenth month