When "God Bless You" Is Meaningless To Me 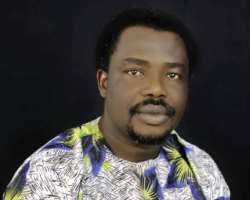 Beyond Religion And Culture: I reached out to a man who is known in Rivers State and who I had thought was a friend, when my dad passed on in 2015. He molested me on phone and since then, I refused calling him.

However, he is on my WhatsApp broadcast hence he receives all my articles that I broadcast. Since then he had not called, either, unlike him before the 2015. I hope he didn't know I was the WhatsApp broadcaster because I have changed in size and look. Today, Oct 29, he sent an article and I made sure it was published on our platform and the link sent to him.

"God bless you" he replied.
Having thought over how many Nigerians use "God bless you" carelessly when they can't help their fellow human being, I replied him with the below piece:

"Well, if "God bless you" is a gift to offer, you wouldn't have given it to me.

"I once reached out to you for help when my precious dad passed on in 2015. With all hope that if others fail me, you wouldn't.

"Mr..., I couldn't believe such coming from you. That tonality of yours still rings in my eardrums. Although, I have moved on but yet to forget.

"If you remember, my name is ODIMEGWU ONWUMERE.
"Thanks."
After he read this, he didn't reply but blocked my number. So, I repeat, if "God bless you" was not easy and free to give, would he have offered it?