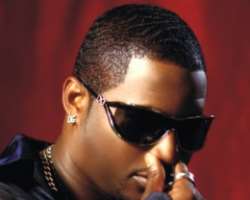 When he came out with his yahoozee's album a few years ago, even an unborn child in the womb reckoned with him. He became a toast of every lover of the entertainment industry. As soon as his song became instant hit, Olu who acquired two autos, started showing the stuff he's made off.

His high sense of arrogance couple with the promiscuity he often displayed with numerous women both married and unmarried became a subject of concern for the lovers of his music, his crew and of course family. Today, Mr. Olu Maintain, the self-acclaimed King of Hip Hop has stopped to fly like he used to be.

Friends deserted him and a lot of people turned their back on him due to his uncultured attitude. Recently, we learnt that Mr. Olu Maintain has started retracing his steps, begging and making restitution with people he has stepped on their toes. Can water watch away the spots on the leopard skin? If it's possible then, Olu Maintain turning a new leave is surely possible.