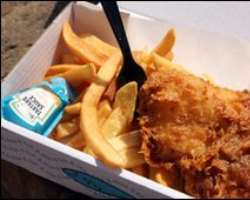 By Jane Dreaper
Trans-fats should be eliminated from food in England, NHS watchdog NICE has said.

The artificial fats are often found in biscuits, cakes and fast food – but they can damage health.

NICE is also pressing for further reductions in salt and saturated fats, to help prevent deaths from cardiovascular disease.

The British food industry said it was already leading the world in promoting healthier production.

Cardiovascular disease, which comprises heart disease and stroke, is the biggest cause of death in the UK.

Experts who worked on the National Institute for Health and Clinical Excellence (NICE) guidelines say 40,000 of the 150,000 annual deaths are “eminently preventable”.

They believe that reducing salt and saturated fats, as well as banning trans-fats, would save the NHS more than £1bn.

The group's vice-chairman, Professor Simon Capewell, who is a public health physician in Liverpool, said: “Everyone has the idea that prevention is worthy, but takes decades to be fulfilled.

“We were pleasantly surprised when we looked into this.

“We found evidence from Poland, the Czech Republic and Cuba that changes in diet can lead to results with improved health in two to three years.”

Salt levels
The NICE guidelines say trans-fats should be eliminated from the food chain.

The experts recommend that low-salt products should be sold more cheaply – perhaps by using subsidies.

They say food producers and caterers should reduce the use of saturated fat – but if necessary, the government should “consider supportive legislation”.

And they are calling for food labels to be colour coded – under the “traffic light” scheme – although this was rejected by the European Parliament last week.

Prof Capewell added: “The targets on salt might seem quite challenging – but we're only calling for a 6% reduction each year. It's not like we want this done by Friday.

“The amount of salt in bread has already gone down by 40% in the past five years, thanks to a voluntary agreement with industry.

“Tastes adapt – and people simply don't notice.”
Although the NICE experts praised some food companies as “progressive”, the guidelines have been criticised by the Food and Drink Federation.

Its spokesman, Julian Hunt, said: “We're surprised that NICE has found the time and the money to develop guidance that seems to be out of touch with the reality of what has been happening for many years.

“The food industry is leading the world when it comes to voluntarily changing the recipes of popular food brands so that they are lower in salt, fat or sugar.

“Industry reformulation efforts have already resulted in the levels of trans-fats in foods dropping to well below the suggested maximum daily intake recommended by the World Health Organization.”

'Not practical'
The president of the Royal College of Physicians, Prof Sir Ian Gilmore, said: “Many of the diet-related recommendations made by NICE have the added benefit of costing the public purse little to nothing.

“The profits of private firms ought not to take precedence when compared with the health of the more than four million people at risk in this country.”

A Department of Health spokesperson said: “The best way to prevent cardiovascular disease is for people to eat better and be more active.

“The NHS provides high quality cardiac care and there has been a reduction in cardiovascular deaths of about 50% over the last 15 years through better prevention and better treatment.

“Today's recommendations are extensive and wide ranging but it is not practical to implement certain proposals in this guidance, for example on the mandatory use of traffic lights alongside GDA in food labelling.

“It is extremely important that work by NICE is methodologically robust and includes fully workable proposals.”