The Boys in the Hood 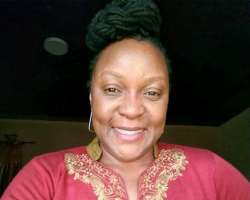 Years back, we enjoyed a children's television program, it was a staple in our diet. It appealed in behavioral pattern and also instructive.

Sesame Street had loads of songs that taught us how to count, greet, magical words and so on. It was near perfect television watch.

Since childhood, I have always loved the tone of the song, but in present day Nigeria, it creates security cautiousness and awareness.

So, who are the people in your neighborhood?
The people in my hood are good, bad and ugly. One of them is Jay.

Jay is a young man I have known in my hood for years. he is a product of a troubled mother and an amazing father. His mother is a petty trader in our hood while his father is a mechanic who loves his family very much.

Jay’s father leaves home as early as 8am and returns as late as 7pm. He is a struggling middled age man with passion for his family.

Jay’s mother is a very troublesome woman. She knows about everybody in the hood except herself. while she sits in front of the house to gossip, Jay goes around the hood to pick toys and old tires belonging to other kids.

People bring series of reports to her concerning her son but she wouldn't listen. She would rather fight than speak to her son or take any corrective action.

In traditional African setting, it is believed that one person gives birth to a child, but the community trains the child.

Months back, he was arrested and the community was happy that at least, we shall rest for a while, but, before we could take a deep breath, he was back.

Jay was not just stealing, he is also into drugs. He has his group of notorious drug addicted criminals. People fled our hood because of these guys whose parents almost pride in their parental failure.

I believe No one has the recipe in raising a Godly child but we all strive towards perfection, we do our best and leave the rest to God.

Recently Jay and his gang had an altercation in a Christian dominated hood which led to the death of one drug addicted muslim criminal.

Jay and his group members buried him without a police report or even community members knowing.

The following morning, another group member reported the matter to his own muslim community still without the police intervention. Meanwhile, these group of notorious criminal consist of all the regions and religion. They are the epitome of federal character.

The battle of supremacy has been triggered by Jay and his loyal supporters in our hood and the other half whom they did the killing together when they were on high weed and illicit drug.

This is a very simple battle of supremacy between two Hoods but in the news we heard , "a set of Christian youths murdered a muslim youth and buried him in a shallow grave in their Christian dominated hood". Just one person, has triggered crisis which will affect the entire nation.

Then a community that has raised a Godly child whom they all pride in comes into this Hood for youth service and the unexpected happens.

We have them in all neighborhoods. We know them but you dare not say...my people would say the child the community refuses to train will burn down the community.