This is Lagos, shine your eyes. 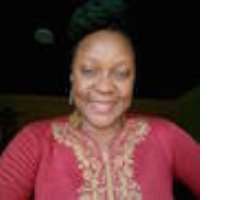 Few weeks I was in Lagos, center of excellece I must admit.

My friend Sara got a marketing Job with First Bank and she had told me a lot of things about Lagos and the need for me to visit.

Earlier this month she gave me a date that will be conducive for her. Indeed it was a free week for me also, so I informed all my people I’ll be going to Lagos.

Like the popular joke, I was told please don't count high rise buildings otherwise you will be charged for it. This made me cautious of everything I did.

My friend came to pick me up at the motor park which made no difference with our motor packs here in the north. Dirty as usual, regular noise of conductors chanting destinations, passengers asking for routes and people kissing welcome and others crying goodbyes.

I observed with keen interest what makes this state super special... is it the people, culture or the population.

We got to her house after about an hour in the traffic, it is a very small house, not just her house but every other house in her neighborhood seems to be pretty small compared to where I am coming from. She observed my countenance then she said, “Lagos does not have vast land like you guys over there so we manage the little that is available". I smiled back like she could read my mind.

I had a shower and was about to rest then her neighbor walked in to greet the friend that was coming from the North.

I greeted her in English then the first thing she said was "you understand English", I smiled back I told her, “a little”. We chatted for a while then I slept off.

After a day, I needed to blend and learn new things and ideas, basically to enrich myself.

The tap inside my friend’s flat wasn't flowing so I needed to get water outside. Once again I saw my friend’s neighbour, I greeted her and walked to the tap. She told her daughter in Yoruba Language to be vigilant with me so that I don't spoil the tap. She further went to tell her that I am from the north and I have never seen a tap before.

I do not make local trouble, especially with Idiots. I need to visit few family member that also lives in Lagos so I took direction from my friend and set out.

I called a bike guy at the junction of the house, I told him where I was going to. My Yoruba is very fluent as I spoke to him. I made him realize I do not know my destination but he should take me an address that I have.

The guy seem to have pity on me as he looked at me. He told me the place is very far but he will help me by taking me there at a high rate. He drew his route in the air and finally said, "aunti I will help you because you are my sister, Just give me 500 naira". I agreed and off we went.

My cousin was so happy to see me. we talked about Kaduna in the 80s...what an amazing experience.

It was time to go back to my friend’s house, I went back to the road to get a bike, this time around it was an Aboki as the Northerners are popularly called in Lagos. In Hausa I told him where I was going, we did not bargain price he just asked me to get on board. My cousins were laughing and I took off with the Aboki.

When I got to my friend’s house, I gave him 500naira and began to walk away. He called me back and gave me 450 naira change. I was shocked and needed to sit.

Across is another Aboki that sells oranges, I sat on his bench and asked him to give me 100 naira orange. He selected the oranges and gave me five. As I sat dawn to enjoy my oranges, another woman whispered to her husband in Yoruba, because she's his family member, he gave her five oranges for 100 naira, but us is just 3. I smiled at another typical Lagosian, I presumed these people are schooled.

I got home and narrated the two bike guys to my friend and her neighbour. Her neighbor justified what the biker did, in fact she told me this is Lagos you have to shine your eyes. I smiled over the 500 naira lesson, I just learned.

The following day I set out to leave Lagos back to the north, her neighbor was outside drying clothes. I greeted her and told her I was leaving, she told me they will miss me and that it is like she has known me for ages...she gave me a hug then called her daughter to come and bid me goodbye. Again she said in Yoruba, “the goat is going back to meet her flocks, come and bid her goodbye.”

You better shine your eyes before you vent stereotypical insults on people. We are all guilty one time or the other of one bias or the other, try learning, try understanding because your father don’t own nowhere