Nigeria, a state of OYO 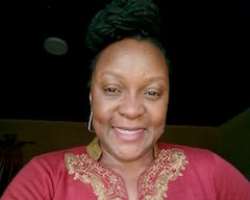 The superior officer that was fully dressed, having observed what was going on came to his rescue and demand for my papers. I did as demanded by the officer and was let go.

This people wanted to ruin my day but I won't let them.

So, this is how it works for them, old cars rarely have proper and necessary documents. They got it all wrong.

While wondering in my thoughts, again the third stop and search. The Federal Road Safety Corps FRSC stopped me and demand for the same thing.

This time around they went further to demand for spare tire and fire extinguisher after he realized that I had my documentations right. I showed him what he asked for, then he told me I'll be booked for expired fire extinguisher.

Immediately I lost my cool!
I have always kept a fire extinguisher in the car even though I have never used it before.

The superior officer came to my rescue and gave me a comprehensive lecture on fire extinguishers. I patiently and painfully listened yet I refuse to let my day get ruined.

Finally I got to the office late and went about my duties.

It was indeed a very hectic day that I closed late. Still my same route back to back, it was raining heavily as I drove back home. There was a traffic on my way home and I wondered why at this time of the evening.

As I moved closer, I saw an accident. I hope the person survived because it was a bad one.

The vehicle summersaulted and as the rain touched it, it was steaming. I was afraid then I remembered the fire extinguisher. If this vehicle explodes, the fuel tanker ahead of us, all of us in traffic, the houses on the road...It was going to be a bad one.

Patriotic Nigerians swing into action to control traffic and get the car out of the way even though it was raining heavily.

Thank God there was no fire, Jos, the Plateau state capital has one fire station and the other is located in Bukuru. Carelessness I must admit, incompetence, what other words could best suit us as a people.

The entire stop and search team had closed for the day, (Police, Road Safety, VIO just like any other civil servant has official closing time). So unfortunate, there was no single authority at the scene of the accident. No Road safety, no traffic control, no fire service. How did we get here!

As citizens we have done our part, but I just realized that as Nigerians, you are on your own. In a state of OYO, GOVERNMENT IS A TERM, A WORD, NOT A SERVICE OR ACTION.