Hey Vagina! You are a crime 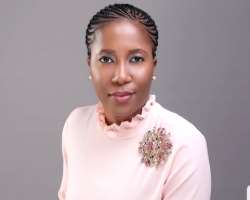 Do you own a Vagina?
Yes?
Verdict: You are a crime.
In the last few weeks, vaginas have come under enormous threats, intimidation, extortion, attack, rape and horrid violations under varying circumstances.

If your vagina answered yes to any of the above questions, YOU ARE A CRIME.

Public Service Announcement: these circumstances are subject to change and we reserve the right to review circumstances without prior notice.

PENIS PROTECTION
This is wicked and unfair, these vaginas had penises around, why were they not subjected to the same rule? It is gender-based violence, a discrimination and a violation of the fundamental rights of all vaginas within the territorial boundary of Nigeria.

Oh vagina, I understand your lamentation but I cannot ignore the naivety of it. Your attempt to equate your vagina with a penis will be the end of you. Penis is your master! Yes, there were penises found around loitering, chatting, strolling and even dancing with vaginas, but they have exclusive immunity for the duration of their existence better than those even conferred by the constitution. You do not reserve the same privilege of immunity. Know this Vagina, know it and understand your place. Penises are not subject to the presumption of criminality accorded to vagina; how could you even imagine such preposterous imagination of equality! All these feminists! Mind you, Penises do not engage in prostitution and neither does it constitute any moral aberration in our society, vagina!

Vaginas, I cannot continue to enlighten you that the laws, religion, culture and politics of the land favors penises and not you, ordinary vagina, so stay away from the FCT and where unavoidable, stay indoors and prostitute, sorry, socialize there.

YOU PROSTITUTE!
Every woman is a prostitute in Nigeria and this is geographically understated.

Growing up in an African home, when you are called your middle name, it is either as an endearment, a reprimand before an onslaught or a lethal warning, reason being that one can get used to the commonality of a first name and the officious-ness of a surname, the middle name is unfailingly pulled out of the sack, reflective of the gravity of the circumstance with a hint of consequences. Every woman in Nigeria - again, geographically understated - has an unwritten, unspoken and illegitimate middle name - verbalized after the pattern of an African home.

YOU PROSTITUTE! - is your middle name or will inevitably be your middle name provided you are burdened by nature with a vagina and like all legitimate use of middle names, it does not matter how highly placed you are or your status, it will be used to remind you who is boss and the insignificance of your existence often in the light of attributing your minute existence to the benevolence of a penis. Unlike your legitimate middle name, this does not carry a toga of class, honor or prestige, it is used to reduce and eliminate any imaginative attempt of a vagina to assume any height of prominence, however low. Please do not push your luck, in challenging the status quo or seeking to insist on your high ground, it is a proven means of soliciting for your middle name. It will be vocalized with a stamp- a confident knowledge of validity and finality accompanied with anger, disdain, violence, dominance, suppression and all manner of genius, subject to the creative imagination of the speaker. Oh! vagina, you may enjoy the privilege of not been called your middle name, do not get accustomed to this, it is short-lived - You Prostitute - will be the summation of you.

VAGINA POLICE!
There is an agency of government, who is not bound by the constitution of the Federal Republic of Nigeria and whose job it has become to apprehend at sight all “loitering vaginas”. The Abuja Environmental Protection Board (AEPB) whose duty it is to “…. keep owned or occupied tenements clean, neat, keep grass low and trim, cut and trim flowers; keep drainage running through the tenement free from blockage. Provide adequate dust bin and sanitary convenience; must not dry cloths in front of the balcony or in front of his premises or on hedges or sidewalks, must not keep animals or birds likely to cause nuisance; must not use residential premises for the sale of alcoholic drinks or as a restaurant or for other commercial activity.” but no! they are after vaginas and all vaginas are guilty enabled by time and place.

Over 100 vaginas have been arrested in the last two weeks, some have been charged to court on coerced confessional statements of prostitution charge, some granted N5000 fine, married women with evidence of a wedding band released and some are still in custody all thanks to the Federal Capital Territory Administration, (FCTA) Joint Task Team.

Tales abound of life during apprehension. A certain young petite vagina, narrated how taking a stroll to buy noodles at a wrong time and place was the license for her arrest. The Vagina Police demanded N5000 as fine failure to pay resulted in the violent penetrations of 3 penises into her vagina without condoms and garnished with beating to command compliance. Another young vagina exposed the fear of the Joint Task Force but not the fear of the law - for they are above the law - but a selfish fear of STD’s that these vaginas are potentially carrying so these penises are enclosed in used pure water sachets as a brilliant substitute for condoms, such genius!

Oh please, do not lecture me on the damage incurred those innocent vaginas. Vaginas are created to be beaten by penises as they deem fit and it does not matter that, in our laws, rape is not a condition for bail or that they forget that if any society desires to regulate an aspect of morality, it makes a law and any such law must be in conformity with the supreme law of the land, but hey! A vagina knows nothing, has no voice and no right in a penis’ world. Penis is the master.

Oh yes, vaginas, run! The Vagina Police cometh and you are a crime.

Florence Ozor
Yet – to – be – Apprehended Vagina.