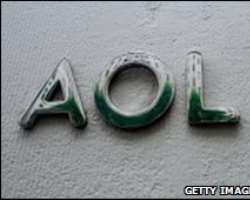 Internet company AOL has sold Bebo, the social networking site it bought two years ago for $850m (then £417m).

Criterion Capital Partners, a private investment firm, announced that it had bought the business, but did not disclosure the amount paid.

However, analysts suspect it to be just a fraction of the price paid by AOL in 2008.

Since then, Bebo has struggled to compete effectively against social networking rivals such as Facebook.

Earlier this year, AOL announced plans to sell or shut down Bebo because it was unable to provide the “significant investment” needed to prevent its decline as a business.

The BBC's technology correspondent Rory Cellan-Jones called AOL's decision to buy Bebo “one of the worst deals ever made in the dotcom era”.

“The extraordinary thing is the deal was made years after the dotcom crash which was supposed to have taught the industry lessons,” he said.

“The interesting thing is that the founder, Michael Birch, walked away with $300m – it's the art of timing.”